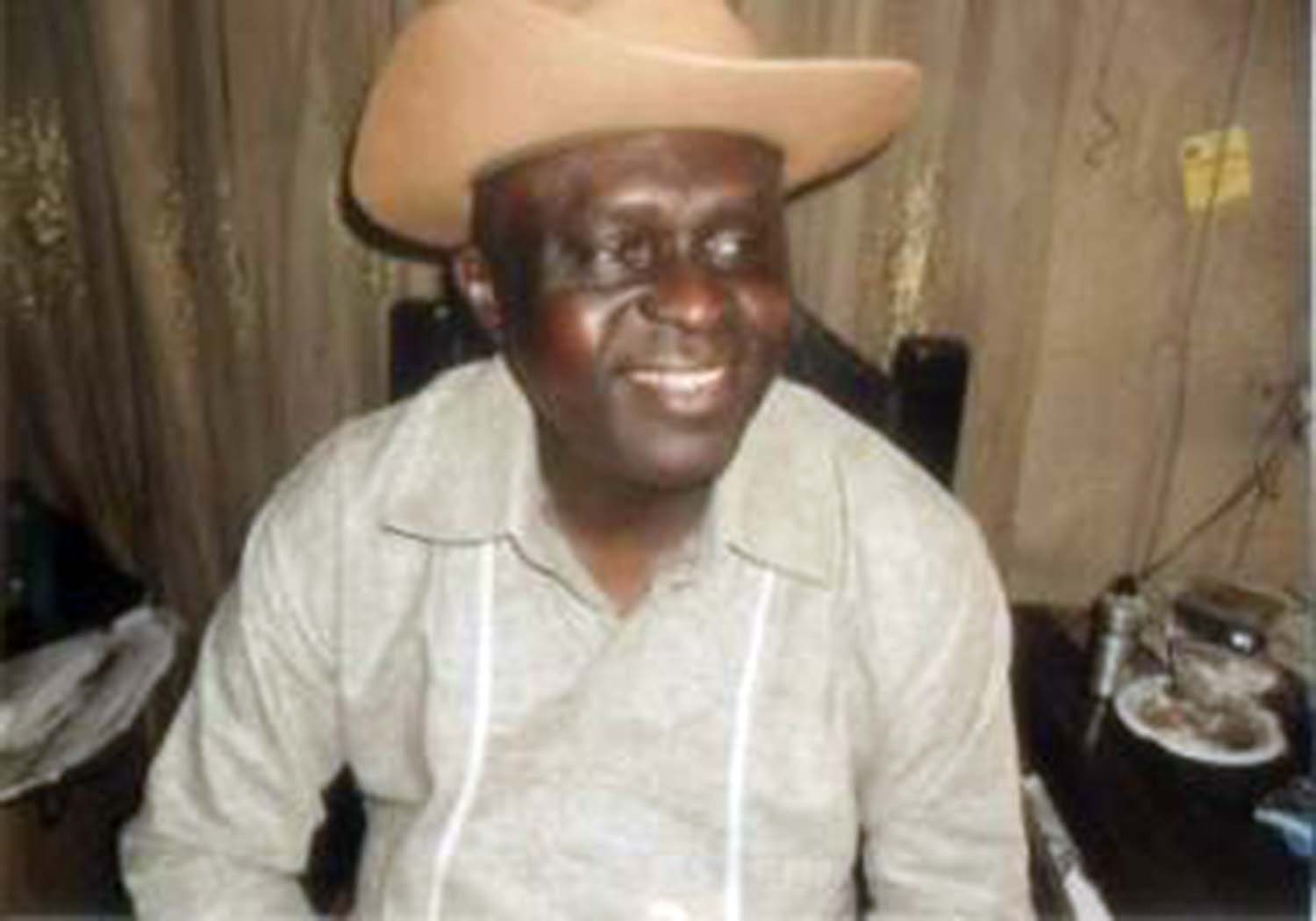 What do you think you can add to governance if elected into the House of Representatives?

I can contribute a lot to my constituency, state and the nation as a whole if I’m elected as a member of the National Assembly. I can through sponsoring bills and motions, diplomatic and social networking, attract development to my constituency. In recent times, the Ideato nation has witnessed abysmal representation in the House of Representatives. The voice of Ideato North and South are no longer being heard in the House. We have been undeservedly denied the periodic and statutory constituency briefings. Again, we have been unfairly denied our share of the projects where billions of naira is mapped out for the development of our area. This is a shameful development for the Ideato nation that has produced notable politicians in this country. Standing on the platform of my vision, I m contesting to right the wrongs and balance the rights among the local governments and community components of the Ideato federal constituency in the area of political empowerment to the grassroots, youth empowerment, erosion control, road rehabilitation, growth of town unionism, women empowerment and education. I have developed a concept which I call ‘practical democracy’ to achieve these programmes. Constituency briefings shall be a regular feature of my representation if I’m given the mandate. I want my constituents to take me by my words.

Many believe that the South East states have not fared better under the Jonathan Presidency. What is your take on this?
I don’t believe that the South East has not fared better under Jonathan. Jonathan has done a lot for Ndigbo. He has awarded the second Niger Bridge; he has made the Akanu Ibiam Airport at Enugu an international one. Some of the highways in the South East like the Enugu –Port Harcourt expressway are being rehabilitated. Look at the railway lines which has been forgotten; Jonathan has made them working again. He appointed the people of the South East to positions which were no go areas for us in the past. Though there are other areas that need attention, I believe he will handle such areas in his second term. The major problem we have in Igbo land has less to do with Jonathan. The president can’t do everything for us. We have governors, senators, Rep members among other appointed officials at the federal levels. What have they done to better the lots of Ndigbo? Some of the people in leadership positions in Igbo land today don’t act in the interest of the people. Look at the state of our roads, hospital and basic infrastructure? The solution is, let’s have the proper people at the appropriate places and everything will fall in line. Let true leaders emerge, not fraudsters and other criminals. A lot of these unqualified people have assumed positions of leadership in Igbo land. This is why things are in this sorry state in the land. It does not matter who is at the centre once we elect the right leadership. When we have the proper people in positions of power, everything will work out well. Another thing is that in Igbo land, we must de-emphasize the issue of money in politics. This is at the root cause of our political problems. People must begin to ask questions about some characters that represents them. When people think that everything ends and starts with money, then there is a problem. The Yoruba people, I must confess, are gradually passing the level of seeing money as the only thing in politics. We should re-orient our people. We must look for credible people who have a name to protect. We must change our value system if we must get the type of development we desire. We need people who can articulate better our needs and dreams.

As a chieftain of Ohaneze Ndigbo, can we say that the organization has not been able to speak boldly for the interest of the Ndigbo compared to its Arewa and Afenifere counterparts?
I think Ohaneze has tried within the circumstance it found itself. The problem is the lack of long term planning. Every administration discards the programme and policies of its predecessor. Where things work well, the leadership should come together and agree on a long term plan in the interest of the people. They set goals, targets, time frame and destinations. In most cases, succeeding regimes of Ohaneze have come to see themselves as both the vehicle and destination and by the time their tenure ends, nothing would be achieved. The new administration begins on a fresh ground to create new policies, programmes and targets. If every four, you destroy and start building, you can never make progress. It is as simple as that. Ohaneze needs to set long term goals, it can say in 20 or 30 years, this is our target. It does not matter who is at the head. There must also be checks and balances to know if an incumbent administration is working in tandem with the set goals.
The fall in prices has affected Nigeria’s economy, what do you think should be done to correct the situation?

The issue is that Nigeria’s problems are self inflicted. If we have used the opportunity presented by the oil boom of the 70s, we would not have suffered what we are suffering today. Development is an evolving thing. It is a process. Once it is abridged, you must go back to the point where the mistake occurred to be able to get it right again. The problem is that Nigeria jumped a phase in her development process. That mistake is still troubling us today. Unless we go back and start abnitio from we missed it, it would be difficult for the country to witness the level of development we all desire. After independence in 1960, we started well with some measure of development. Then, you had the groundnut pyramid in the North, palm produce in the East and coca in the West. Until we go back to agriculture, we will continue to turn round and round. Government must increase its annual budget for agriculture. There must be real action to make changes in the agro sector. It is not about all these policy talks which lead to nothing at the end of the day. Remember what made Malaysia what they are today is the palm seedlings they got from Nigeria. But we are nowhere today in the area of palm production? Nigeria’s development was agro based up till the late 70s when we made the costly mistake of abridging it. What brought it about? It was the oil boom. Nigeria suddenly stopped the natural course of development she had taken up, jumped the level and entered into artificial level of development which was based on importation. Nigeria just jumped into a level which she was ill prepared for. Remember that the then Head of State, Gen. Yakubu Gowon said Nigeria’s problem was not how to make money but how to spend it. If you take a look at the situation as that time, we did not even know what development was all about and how to get it. There was no proper planning. We suddenly saw money from the oil boom but could not deploy it to continue the natural course of development we began with. I make bold to say that the discovery of oil has been a curse than blessing to Nigeria. We now use money to buy what the development would have earned us. Most countries whom have oil are more developed than Nigeria. It is no surprise that from the 80s, our economy started going down. If we got it right then, we would have been somewhere now. It is a simple economics, if you are not able to produce, then you cannot develop. You don’t need to be a professor of Economics to know that. That level we jumped in our natural course of development in the 70s is still haunting us. The oil boom confused us. Until we go back and continue from where we stopped the process, we won’t see the level of development we all desire.

What do you think is the panacea to the problem of corruption in Nigeria?
The issue of fighting corruption in Nigeria could be described as somebody turning round and round in circle without achieving anything. I don’t think we are fighting corruption the way it should be fought. Corruption is not something you fight with kid gloves. Corruption is not something you fight and remember that Mr. A is my brother; he is in my political party or from my ethnic group. It is when you carry the fight against corruption to your friend, brother and the friends to the powers that be that people would begin to appreciate it. Our anti corruption agencies have been playing to the gallery. Corruption is a macro monster, the biggest devil in Nigeria. When you have institutions like the Federal Character Commission, you promote mediocrity at the expense of competition. It is a form of corruption for you to grant favours to somebody when he is not qualified for a position and leave the qualified person. What do you think can motivate people in an environment except the desire to excel above others? We really have to devise a Nigerian system of fighting corruption, we must employ drastic measures. Our democracy does not have to be a replica of America or Britain. We must make laws according to our peculiarities. We have our culture and it must be built into the fight against corruption. The attitude to fight corruption must be embedded in the system. To fight corruption in Nigeria or anywhere the anti corruption agencies must be independent and free from external control. We must also strengthen our judicial system where some cases of corruption have been held up for up to ten years. All these institutions that have to do with fight against corruption must be strengthened if we must make headway.