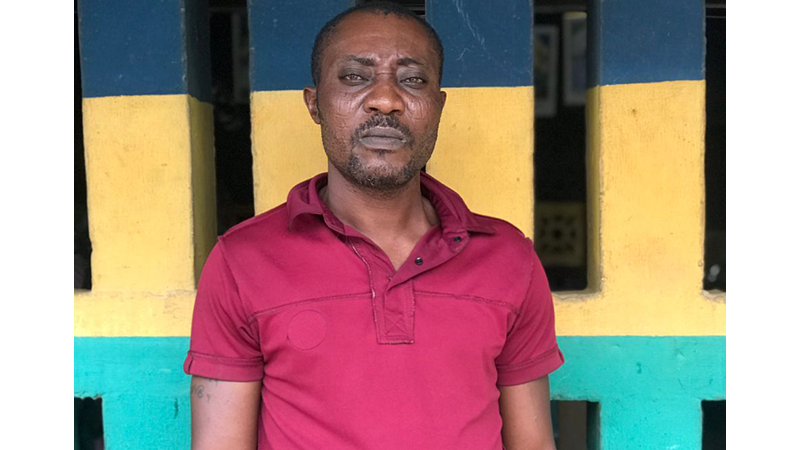 A 40-year-old man Taofeek Sulaiman was on Monday 24th of October 2022 arrested by men of Ogun State Police Command for allegedly having unlawful carnal knowledge of his 13 years old stepdaughter (name withheld).

The suspect was arrested following a complaint lodged at Owode Yewa divisional headquarters by the mother of the victim, who reported that she got married to the suspect after the demise of her husband who happened to be the father of the victim.

She stated further that her daughter informed her that the suspect who is now her husband has been having sex with her since on the 14th of October 2022, and that the suspect has been threatening to kill her if she reports to anyone.

Upon the report, the DPO Owode Yewa division, CSP Muhammed S Baba, quickly detailed his detectives to the scene where the randy stepfather was promptly arrested. .

On interrogation, the suspect confessed to the commission of the crime but blamed it all on devil’s handiwork.

The victim was taken to Idiroko General Hospital by the Police for medical attention.
Meanwhile, the Commissioner of Police, CP Lanre Bankole, has directed that the suspect be transferred to Anti Human Trafficking and Child Labour unit of the State Criminal Investigation Departments for further investigation and possible prosecution.

The spokesman of the command, SP Abimbola Oyeyemi confirmed the story to The SUPREME