Another Building Collapsed In Lagos, Many Feared Dead, Others Trapped 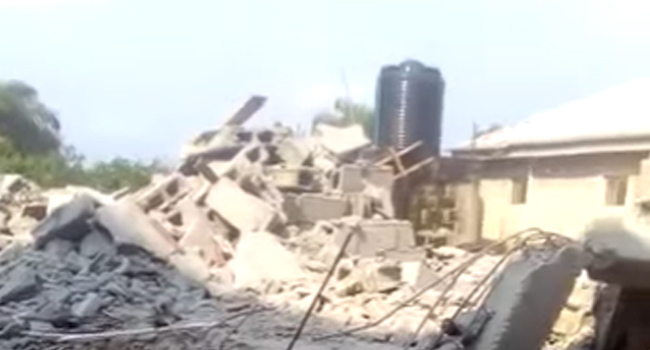 A storey building under construction collapsed on Wednesday at Flour Mill Estate in the Magbon area of Badagry in Lagos.

Adeseye said four persons have been rescued while an operation is underway to pull out those trapped.

The official confirmed that the victims are mainly construction workers.

They sustained varying degrees of injury but are in stable condition at a nearby hospitals where they were rushed to.

“Four adults male have been recovered (unconscious) so far.

Buhari Breaks Silence On ENDSARS Report, "We Are Doing A Lot On Security", He Told US Secretary Of State EndSARS: SERAP Threatens To Sue Buhari, Demands Prosecution Of Officers Who Shot Protesters