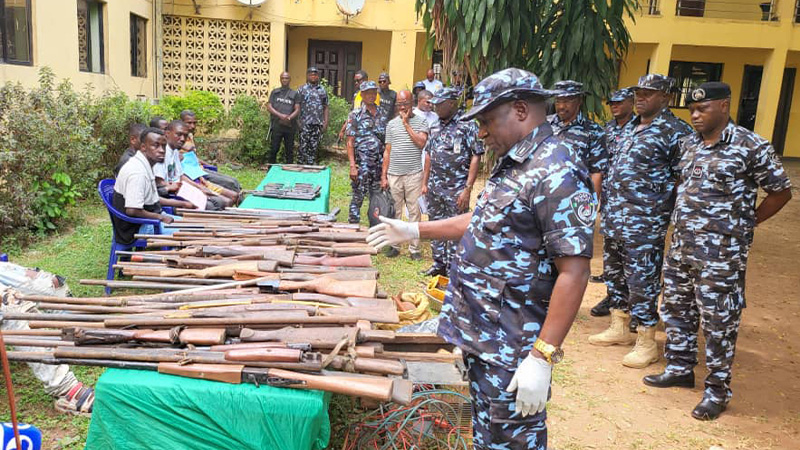 Suspected armed robbers were said to have abandoned arms and ammunition inside a tricycle also known as Keke in Delta State.

Police source at Asaba the state capital disclosed that on 17/11/2022 , Police operatives attached to Ebrumede Division while on stop and search duty along DSC express road Warri, stopped a tricycle with Reg. No. Delta EFR 175 VK conveying two occupants. The operatives flagged down the tricycle for a routine check. Surprisingly, the two occupants of the tricycle jumped out and escaped from the scene abandoning the tricycle. Upon search of the tricycle, one pump action gun, one locally made long gun, three locally made cut-to-size guns, and eighteen rounds of live cartridges were recovered. Effort is ongoing to arrest the fleeing suspects.

The spokesman of the command, DSP Bright Edafe confirmed the story.