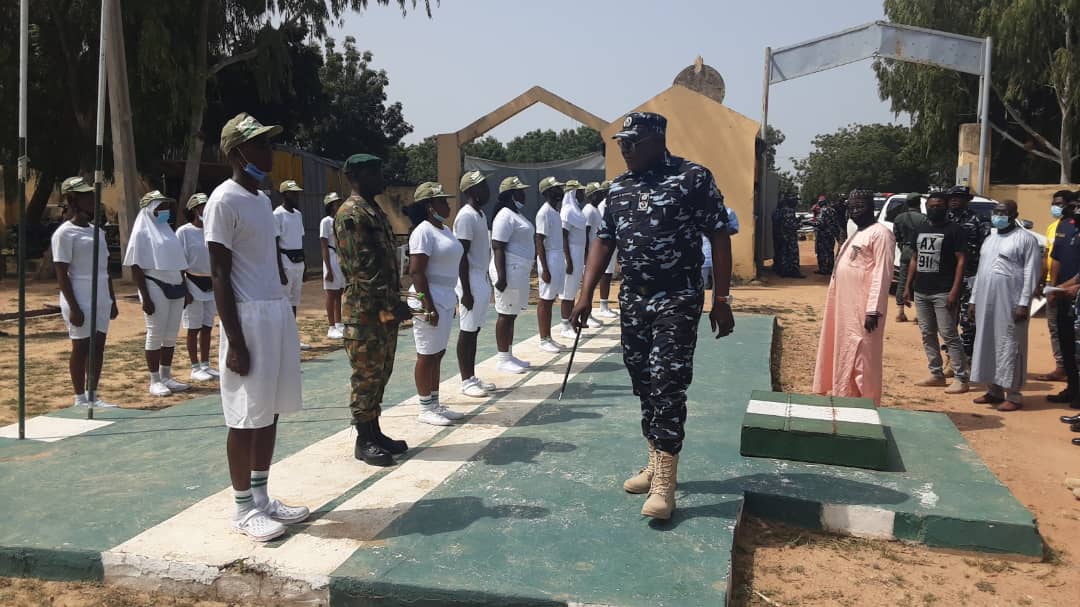 Zamfara State police command said, it got a report from the state NYSC Coordinator that, two prospective NYSC Corp members deployed from Benue State to Kebbi and Sokoto states were among the victims of abduction along Tsafe – Gusau Road on Tuesday 19th October, 2021 at about 2230 hours.

The report was received early today October 22, 2021 when the Commissioner of Police CP Ayuba Elkanah visited the Orientation Camp at Tsafe to assess the existing security emplacement at the camp with a view to ensuring safety and security of the Corp members.

It would be recalled that on 19th October, 2021, at about 2230 hours, a Vehicle with Reg. Number GBK 339 ZY was blocked by armed bandits while travelling from Benue to Sokoto State at near Wanzamai Village in Tsafe LGA. As a result, Passengers whose identity was unknown were abducted.

The Commissioner of Police while responding, informed the Coordinator that the Command has commenced investigation into the incident with a view to establishing the actual number of Corp members involved in the abduction. Similarly, a joint search and rescue operation is ongoing to ensure safe rescue of Corp members along other abducted victims.

Spokesman of Zamfara police command, SP Shehu Mohammed, said, ‘the CP in his address to the Prospective Corp Members assures them of more Police commitment to safeguard their lives, and enjoins them to be security conscious of themselves.”