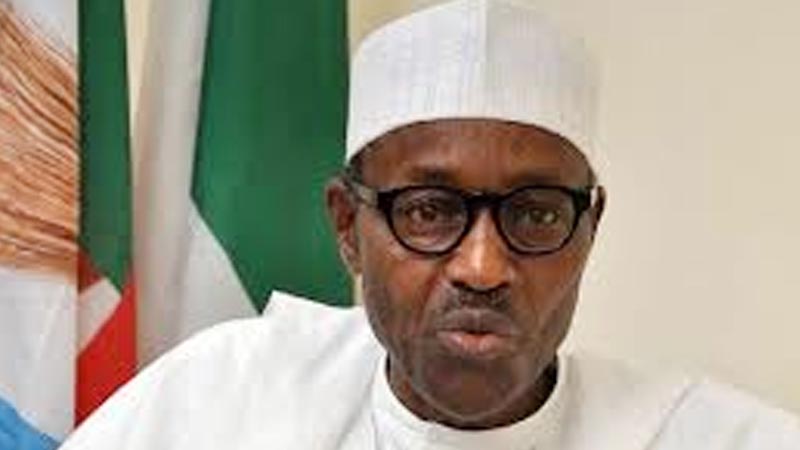 History is made today Friday December 31, 2021 as President, Muhammadu Buhari Abuja signed into law the 2022 Appropriation Bill and the 2021 Finance Bill in Abuja.
History is made because, this is one of the first time a yearly budget is signed into by a President a year preceding the budget year

The President signed the documents in the Presidential Villa in the presence of Senate President Ahmed Lawan, Speaker of the House of Representatives, Femi Gbajabiamila, and other members of the Federal Executive Council.

Speaking at the event, the President said the 2022 Budget, just signed into law, provides for aggregate expenditures of N17.127 trillion, an increase of N735.85 billion over the initial Executive Proposal for a total expenditure of N16.391 trillion.

The President explained that N186.53 billion of the increase however came from additional critical expenditures that he had authorised the Minister of Finance, Budget, and National Planning to forward to the National Assembly.

‘‘The Minister will provide the public with the details of the budget as passed by the National Assembly, and signed into law by me,’’ he said.

Buhari also expressed strong reservatcions on the ‘‘worrisome changes’’ made by the National Assembly to the 2022 Executive Budget proposal, according to a statement by the Senior Special Assistant to the President (Media & Publicity), Garba Shehu, today Friday.

He announced that he would revert to the National Assembly with a request for amendment as soon as the Assembly resumes to ensure that critical ongoing projects cardinal to this regime do not suffer a setback due to reduced funding.

The President recounted that during the presentation of the 2022 Appropriation Bill, he had stated that the fiscal year 2022 would be very crucial in his administration’s efforts to complete and put to use critical agenda projects, as well as improve the general living conditions of our people.

‘‘It is in this regard that I must express my reservations about many of the changes that the National Assembly has made to the 2022 Executive Budget proposal.

‘‘Reduction in the provision for Sinking Fund to Retire Maturing Bonds by N22 billion without any explanation;

‘‘Reduction of the provisions for the Non-Regular Allowances of the Nigerian Police Force and the Nigerian Navy by N15 billion and N5 billion respectively.

‘‘This is particularly worrisome because personnel cost provisions are based on agencies’ nominal roll and approved salaries/allowances;

‘‘Furthermore, an increase of N21.72 billion in the Overhead budgets of some MDAs, while the sum of N1.96 billion was cut from the provision for some MDAs without apparent justification;

‘‘Increase in the provision for Capital spending (excluding Capital share in Statutory Transfer) by a net amount of N575.63 billion, from N4.89 trillion to N5.47 trillion.’’

President Buhari also expressed concern in the reductions in provisions for some critical projects, including N12.6 billion in the Ministry of Transport’s budget for the ongoing Rail Modernisation projects; N25.8 billion from Power Sector Reform Programme under the Ministry of Finance, Budget and National Planning; N14.5 billion from several projects of the Ministry of Agriculture, and introducing over 1,500 new projects into the budgets of this Ministry and its agencies.