Delta CP Charges Newly Promoted Officers To Work Harder, As He Decorates Them 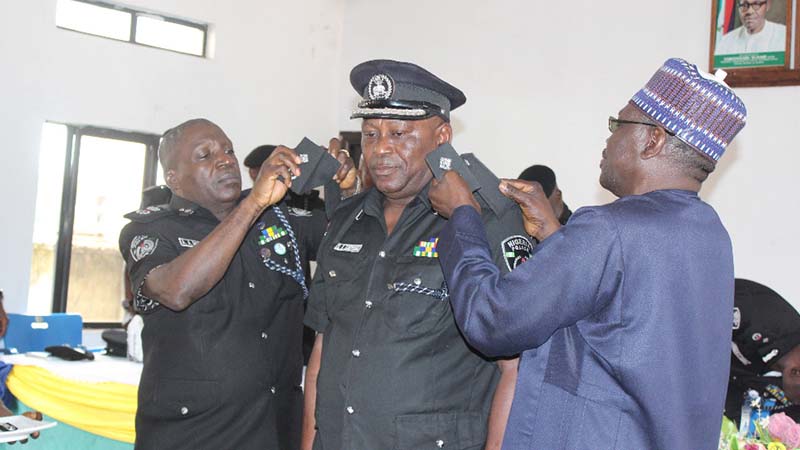 The CP who was assisted by members of his management team in his remarks noted that the promotion is part of the IGP’s way of motivating officers and men of the force.

The CP also stated that the reward for hard work is more work, hence they should be ware that, as their ranks have increased, it comes with increased responsibility.

The CP thanked IGP Usman Alkali Baba for finding his officers worthy of the promotion and urges them to be hard working because to whom much is given, much is expected.

One of the promotee’s ACP Okon Martha Edet, speaking on behalf of officers promoted thanked the IGP for finding them worthy of the promotions and also assured the IGP and the CP that they will not disappoint, also that they will brace up to the new challenges that comes with the new ranks.