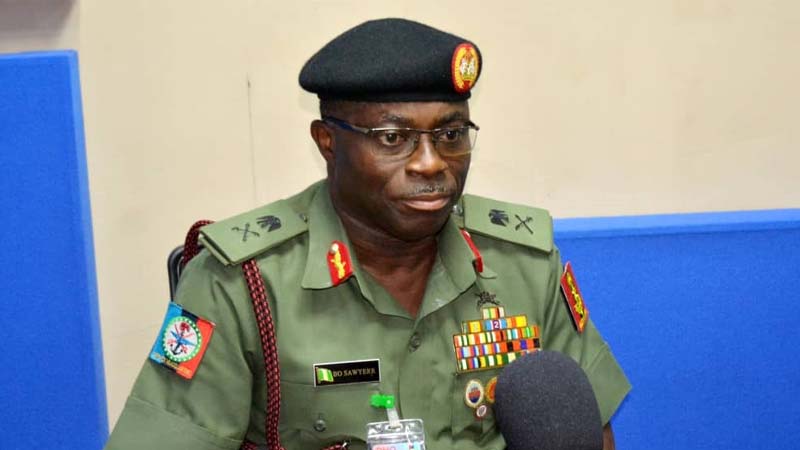 Defence Headquarters (DHQ) today (Thursday 16-9-21) reacted to a video posted online as well as a broadcast on a human rights radio in which some aggrieved ex-military personnel complained against various disciplinary actions taken against them by their various services.

In the video and live broadcast, some of the ex-soldiers, most of whom were dismissed from service for various acts of indiscipline and misdemeanours, gave excuses for the various acts that led to their exit from service.

However, a statement signed by Major General Benjamin Olufemi Sawyerr, the Director, Defence Information, said today that, while the military respects everyone’s right to free expression and justice, it must be noted that the military profession has its peculiarity that borders on discipline, truth and respect.

General Sawyerr said it is expected that whoever decides to serve in the noble profession would abide by its ethics and code of conduct.

“Therefore, seeing dismissed military personnel disparaging the establishment by raising issues of perceived injustice years after their cases must have been disposed leaves much to be desired,” he explained.

According to him, *t is advisable that whenever issues of Service discipline arise, the media should give the respective Services benefit of the doubt to address the issues raised rather than jump into conclusion of injustice and grant them airtime to reel out falsehood to justify their dismissal from service,” he added.

He said the Armed Forces of Nigeria (AFN) views the action of these online and human rights radio and television stations as an act designed to portray the AFN in a bad light, despite all efforts the institution is putting in place to secure the nation.

“These actions are, therefore, unacceptable and condemnable, especially when the AFN is countering act of terrorism, insurgency and banditry,” he warned.

He therefore advised such stations involved in acts aimed at portraying the AFN in bad light to desist henceforth.