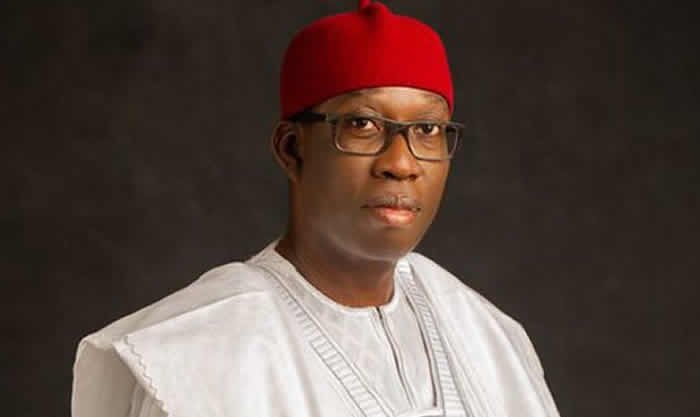 The Economic And Financial Crimes Commission (EFCC) appears to be deliberately keeping mute on an alleged petition against Governor Ifeanyi Okowa of Delta State and the Delta State Speaker Hon Sheriff Oborevwori over a controversial bank loan of N150 billion.

Controversies are trailing the loan that was said to have been approved by Zenith bank for Delta State government in a shady process and approval.

Speculations are rife in Delta State that, Governor Okowa is obtaining the loan to actualize and install the Speaker as the next governor of the state Governor Okowa is believed to be solidly supporting Sheriff’s political ambition to succeed the governor.

Most Delta citizens are irked on their belief that the approval of the loan by the state Assembly did not follow due process before the Speaker approved and announced the approval to members of the House of Assembly.

Discrete investigations by The SUPREME reveal that the EFCC has received a petition against the governor obtaining the loan when he has less than one year in office.

But the spokesman of EFCC, Wilson Uwujare denied that the antigraft agency was yet to receive any petition in that regard “We have not received such petition,” he denied when The SUPREME called him on phone two weeks ago to know how far the Commission had gone in its investigations.

Not deterred by that threat some concerned groups and individuals are determined to ensure that the loan is not released to the state government.

Subsequently, Citizens Advocacy For Social and Economic Rights has involved itself to unearth if the real reason for the loan and if Zenith bank actually approved and release the loan without due process.

A letter from the group was sent to Zenith bank dated 10th May 2022 asking for details of the controversial loan.

It was titled “Request for documents and other related information detailing the terms and conditions attached to the application by the Delta State government for the loan sum of N150 billion from Zenith Bank Plc”.

It was signed by it’s Executive Director Frank Tietie and copied EFCC. The letter was submitted in the Zenith Bank Abuja office. The bank acknowledged the letter on May 11, 2022.