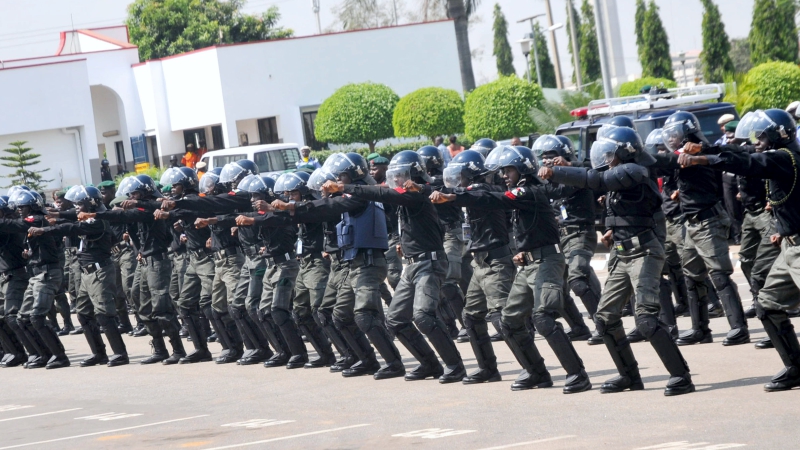 Zamfara State Commissioner of Police (CP) Kenneth Ebrimson said, his command has deployed 1,500 police officers to ensure that the Eid-el – Fitri Sallah celebrations slated for 16th June, 2018, is hitch free of any crime, during and after the celebration. In a statement by the command’s spokesman, DSP Mohammed Shehu, “the arrangement will cover all the praying grounds, shopping malls and recreational centers in the state.”

He disclosed that high visibility patrols/aberdeen system, stop and search, intelligence/information gathering and raiding of criminals hideout will be sustained to ensure communities and villages are protected against the activities of disgruntled elements. Also, safer highway patrol teams have been deployed to all major roads in the state to ensure security and safety of travellers/ commuters.

According to him, the policemen deployed for the Sallah assignment “are under strict instructions of the Commissioner of Police to be civil and polite in the discharge of their duties. The command enjoined members of the public to be law abiding and cooperate with the police personnel deployed to their localities by reporting any incident or strange and suspicious movement to any nearest police station for prompt action.”

Shehu said, “the Commissioner of Police CP Kenneth Ebrimson wishes the Muslim faithful in the state happy Eid-el fitri celebrations, advices them to be security conscious of themselves and their families.

He gave a mobile phone number for the public who are in distress to contact. The phone numbers is: 08091914752,