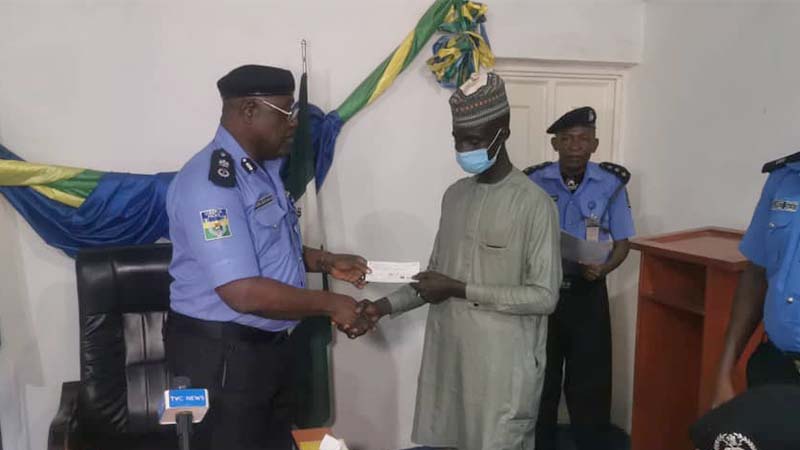 The Commissioner of Police Zamfara State Police Command CP Ayuba Elkanah psc on Thursday, November 25, 2021 presented cheques to the next of kin of five deceased Police Officers who died while in active service.

The cheques worth five million, one hundred and sixty thousand Naira was part of the welfare scheme of the Inspector General of Police, IGP Usman Alkali Baba to officers and men of the Force.

The CP while presenting the cheques appreciates the Inspector General of Police for the gesture aimed at alleviating the sufferings being faced by families of Police officers who died in service.

Spokesman of Zanfara Police Command, SP Mohammed Shehu said in a statement that, the CP described the IGP’s gesture as timely and will serve as a moral booster to officers and men to redouble their unalloyed commitment in the ongoing fight against criminal elements in the country.

“The CP, therefore, charged the beneficiaries to utilize the money judiciously, noting that, in the last three (3) months alone, the Command had received similar cheques from the Inspector General of Police five (5) times and presented same to the beneficiaries.”