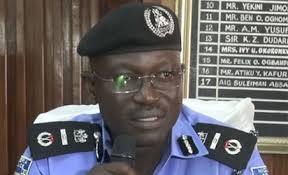 The Inspector-General of Police, (IGP) Suleiman Abba, has ordered all Zonal Assistant Inspectors-General of Police and Commissioners of Police to ensure adequate security environment in their jurisdictions, to ensure a peaceful and crime free poll.
The IGP ordered specifically that all Government buildings and critical infrastructures across the country be adequately protected, while he re-affirmed the insistence of the Force to deal seriously in line with the law, all persons planning any form of election violence at any stage of the processes.
He stressed that any glimpse of ineptitude by any member of the Police Force during the poll would attract grave sanction and warned all police officers to maintain high level of professionalism and discipline throughout the polling process.
In a related development, the IGP has ordered the setting up of a Special Investigative Team to be headed by the Commissioner of Police in charge of the Force Legal/Prosecution Department, to investigate offences emanating from elections in the country.
The Inspector-General of Police, who disclosed this during the conference he held with CPs and above in Abuja recently, reiterated the preparation and readiness of the Nigeria Police Force to ensure free, fair credible and violence free elections as well as adequate security of lives and property before, during and after the elections.
The Police high command has therefore, appealed to Nigerians for calm and orderliness at the poll while reassuring them of the Force preparedness to perform its constitutional and statutory responsibilities of providing adequate security for the nation and the entire citizenry. The Force therefore, enjoined politicians, stakeholders and other political actors to play the game according to the rule.
To this end, the IGP has directed Special Forces in the Police, which include officers and men of Special Protection Unit (SPU) and Counter Terrorism Unit (CTU) to provide special security for INEC materials and officials as well as its Ad-hoc staff during and after the general elections.
“This directive further demonstrates the readiness and the resolve of Nigeria Police Force to protect our nascent democracy and to ensure hitch free and credible general elections,” the statement said.
He restated that some of the strategies put in place by the Police Force to ensure free and fair polls were already being implemented. He allayed the fears of the members of the Public before, during and after the general elections and charged them to fully collaborate with the Police and report any suspicious movement in their areas to the nearest Police station.