Jonathan Was Not Committed In Defeating Boko Haram, VP Osibanjo 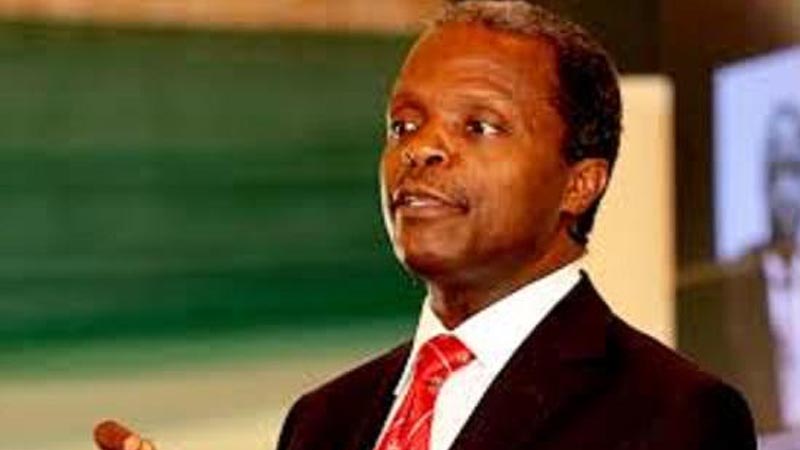 Vice-President Yemi Osinbajo said on Monday that despite what his administration might want people to believe, former President Goodluck Jonathan was never committed to ending the Boko Haram insurgency during his tenure.
Osinbajo said this in a lecture titled, “The unraveling of Boko Haram and the rebuilding of the North-East of Nigeria” which he delivered at the Harvard University’s Weatherland Centre for International Affairs, United States.
The Vice-President’s media office made the speech available to journalists on today.
While attributing his position to many factors, Osinbajo said it was politically convenient for the then ruling Peoples Democratic Party to claim that the Boko Haram sect was sponsored by a northern-Muslim political elite to discredit the government led by a Christian.
He recalled that when the All Progressives Congress was formed, the then ruling party was also quick to paint it (APC) as the political wing of the Boko Haram sect.
He said it was not until President Muhammadu Buhari who was then the leader of the opposition, was nearly killed in an attack in Kaduna that the false narrative began to lose credibility.
The Vice-President added, “secondly, the ruling party also somewhat cynically seemed to have considered that since BH attacks were actually in the heartland of the opposition it was not necessarily an unwelcome development as it could only weaken the opposition.
“Thirdly extensive corruption in arms procurement estimated at about $15bn, ensured that the military remained poorly equipped and demoralised.
“A number of well-publicised mutinies occurred and troops involved were taken through widely unpopular court-martials.
“As the government dithered and equivocated BH proceeded to realise the objective of occupying territory and establishing Islamist states in Nigeria and in the Lake Chad basin.
“In Borno State alone, it occupied and hoisted its flag in 20 of the 27 Local Government Areas that constituted the state. In Adamawa State, BH took Mubi and some villages in Yobe State.”
Osinbajo said it was not until the abduction of more than 200 secondary schoolgirls from their dormitories in Chibok that public outrage against Jonathan’s government’s inept handling of the insurgency reached its peak.
He added that the government then incurred widespread anger when it denied that an abduction took place and suggested that the opposition had simply invented the story.
Osinbajo, however, said Buhari’s assumption of office changed the tide.
He said the strongest reasons for Buhari’s victory in the March 2015 presidential election was the expectation that going by his reputation as a no-nonsense soldier, he would defeat Boko Haram and restore peace to the North-East.
True to type, he said within six months of Buhari’s Presidency, the sect had been effectively dislodged from all the local governments they once held and had retreated into the Sambisa Forest and the northern border towns and villages.
He said the terrorists’ military capacity had been severely degraded and their supply lines effectively blocked.