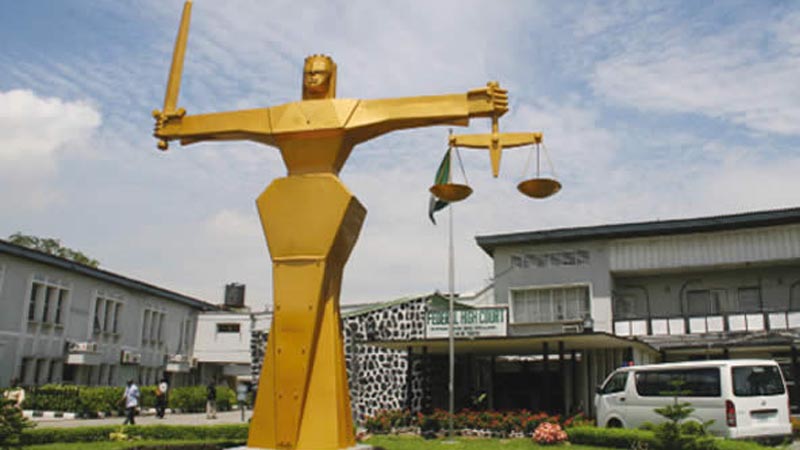 An Igando Customary Court in Lagos today was told that married woman’s boyfriend named a child during christening. “My wife’s lover, Temitope, gave my child his name on the day of christening,’’ Mr. Femi Ojikutu 37 years told the court.

He said although the lover was not physically present he sent in the name. Ojikutu therefore, urged the court to grant his wife’s request for the dissolution of their five-year-old marriage, stressing that his wife is adulterous.

He claimed that, “On the day of the child’s naming, her lover, Temitope, sent a name (Temitope) to be given the baby.’’ The wife, Olaide, 29, a trader, had filed a suit seeking to end to the marriage because her husband allegedly denied the paternity of the boy. Ojikutu, a businessman, also told the court that his wife must have been impregnated by her lover. He added: “My wife is unfaithful, she made love to her lover while she was pregnant. “I discovered this when she slept off after chatting on facebook. What attracted me to the chat was my name that I saw on the screen and I was curious to read their conversation. “Her lover told her that he enjoyed the sex they had together and my pregnant wife also appreciated him for giving her a good sex. “Because of their chat, I denied the paternity of the baby from the womb up till now because I am not sure I am the baby’s biological father. “Also in that chat, my wife told her lover everything about me, my full name, where I work and where the guy can locate me and since that day I became afraid because I do not know what they were up to. “When I informed her mother about her daughter’s conversation with a man, she told me that I was lucky that her daughter did not bring the man to our matrimonial bed,’’ he said.  “I wash my son’s school uniform and also do the cooking. I am also fed up with the union,’’ he said.

The estranged wife in her own account said: “When I was carrying my second pregnancy, my husband saw my chat with my `male friend’ on facebook and accused me of dating him. “He told me that he will not accept the baby because he believed that the man I was chatting with impregnated me. “So he kept to his word and refused to accept the baby so my family took up the responsibility of the boy who is now two years old.” Olaide said her husband was envious of men being around her and prevented her from working so that other men would not go after her. “I got a job in a bank but my husband did not allow me to take up the job and he is always monitoring my movement “Any time I go out and I did not come home before 4.00 p.m. he will lock me out.” The court’s President, Mr Adegboyega Omilola, directed the two parties to go for a possible reconciliation with their relations. He adjourned the case to July 26 for further hearing.