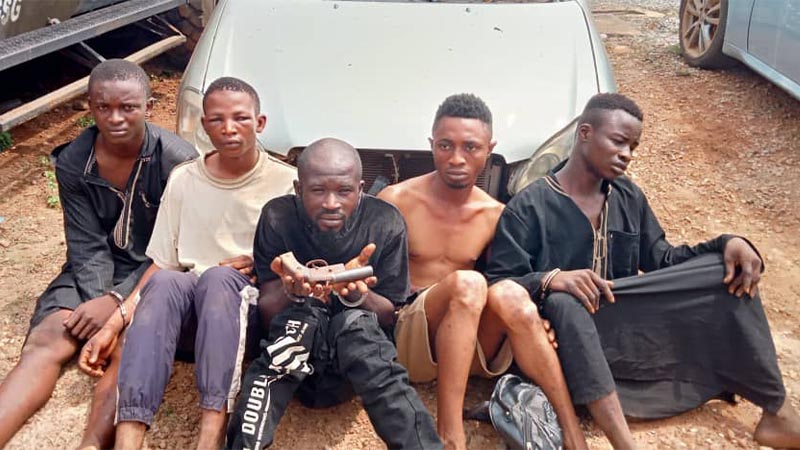 The suspects,Moruf Abidogun, Usman Adeyemi, Fisayo Aliu, Afees Adesina and Dauda Lekan were arrested following a distress call received by the DPO Iperu divisional headquarters that the hoodlums were operating along Ogere road, where they were dispossessing innocent members of the public of their belongings.

On sighting the policemen, the hoodlums who have already snatched a Toyota Corolla car with registration number GGE 733 FL took to their heels but they were hotly chased by the policemen and five of them were apprehended.
Preliminary investigation revealed that the gang has their base in Lagos, but used to come to Iperu for operation because one of them is residing in the town.

Recovered from them are; one locally made pistol and a Toyota Corolla car with registration number GGE 733FL.
Meanwhile, the Commissioner of Police CP Lanre Bankole has ordered the immediate look transfer of the suspects to state criminal investigation and intelligence department for discreet investigation