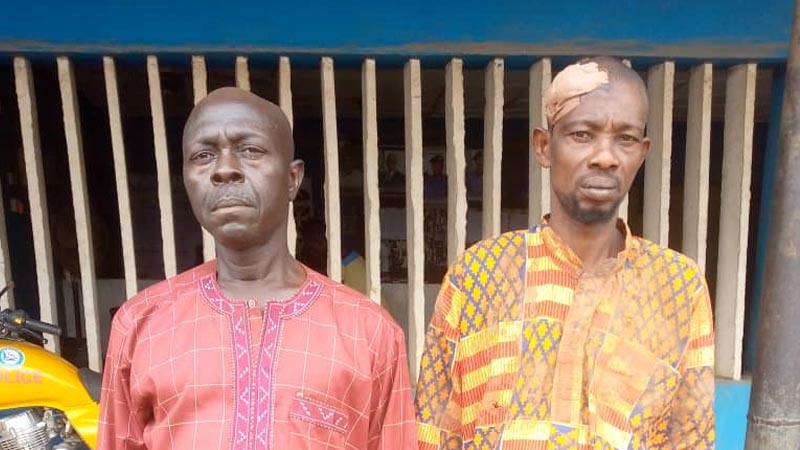 The suspects were arrested following a distress call received by the police in Onipanu Ota divisional headquarters at about 8 p.m., that the village is under attack by men suspected to be land grabbers, numbering about sixty and armed with dangerous weapons.

Upon the distress call, the DPO Onipanu division CSP Bamidele job quickly mobilized his men and moved to the scene. On sighting the policemen, the hoodlums who came with many motorcycles started shooting sporadically in order to escape from the scene, but the policemen pursued them and with the assistant of the people of the community, two amongst them were apprehended.

Recovered from them are two live cartridges and one Bajaj motorcycle with registration number TTD 472 VN.

Meanwhile, the commissioner of police, CP Lanre Bankole, has ordered the immediate transfer of the suspects to state criminal investigation and intelligence department for discreet investigation, he also directed that the fleeing members of the gang be hunted for and brought to justice.

Ogun Police spokesman DSP Abimbola Oyeyemi who confirmed the arrest, said, “the CP, therefore, warned hoodlums under any nomenclature to relocate from the state as the gateway state will no longer be conducive for them to operate..”