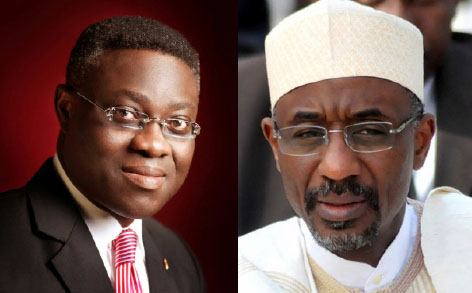 The Emir of Kano, Muhammadu Sanusi II, has praised the management of United Bank for Africa (UBA) Plc for the bank’s leadership role in the financial industry reforms, when he was the Governor of Central Bank of Nigeria (CBN).
A statement from the bank on Thursday quoted the Emir to have said this during the visit of the executive management of UBA to his palace in Kano on Wednesday.
According to the Emir, it was because of UBA’s commitment to the reforms introduced by the central bank during his tenure that made the bank’s Group Managing Director, Mr. Phillips Oduoza to be saddled with the responsibility of being in charge of the committee on financial inclusion, which championed financial inclusion, the cashless and mobile banking initiatives in the country.
“The reforms introduced by CBN towards improving Nigeria’s financial landscape were a collective decision and responsibility of everybody, but I should emphasise the contribution of UBA. UBA’s Group Managing Director chaired one of the critical committees that drove the reform,” the Emir said. The Emir also commended UBA for offering him a job when he returned from Sudan after bagging a degree in Islamic studies.
“I am not surprised by the role played by UBA in ensuring that we succeed. The Bank defied all odds to offer me employment after my education in Sudan in Islamic Studies, and provided me an opportunity to advance my career in banking.
The institution has been instrumental to my success as a banker, for which I am grateful. My relationship with UBA was further extended to CBN,” the Emir said.
Oduoza, while responding to the commendation, praised the exemplary leadership skills shown by the Emir while he was a staff member of UBA and also as governor of the CBN. He said that the banking industry is today, relatively immune from the vagaries of crisis brought about by the crash in crude oil price, as a result of the detoxication of banks’ balance sheet through the setting up of AMCON by the Sanusi-led CBN.
“Your achievements are visible in the areas of foreign exchange management, interest rates, foreign reserves, corporate governance and gender representation on the boards of financial institutions,” Oduoza said.
“It is noteworthy to say that the risk management framework set-up by the Emir, while he worked at UBA as the Chief Risk Officer, has stood the test of time on which the bank has continued to rely on for its risk management practices.”