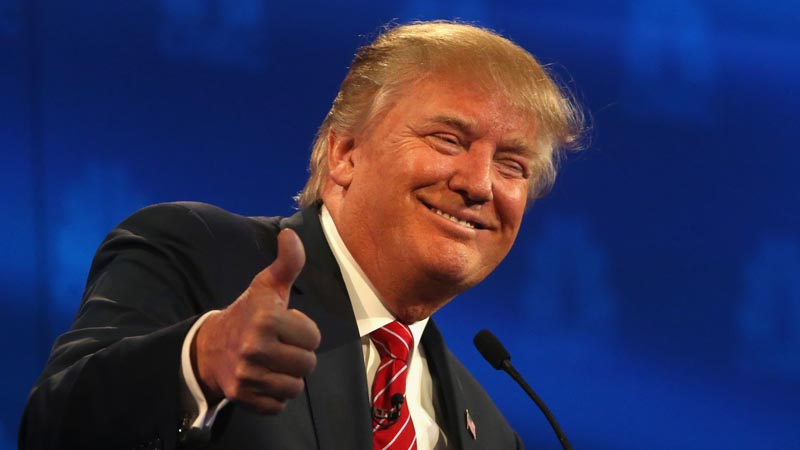 Donald Trump stunned America and the world Wednesday, riding a wave of populist resentment to defeat Hillary Clinton in the race to become the 45th president of the United States of America.
The Republican mogul defeated his Democratic rival, plunging global markets into turmoil and casting the long-standing global political order.

This is just as his rival, Democratic nominee Hillary Clinton, has prepared her supporters for the unexpected electoral crushing her campaign suffered.
And Trump supporters are up in jubilation following his projected early lead before he was declared winner.
Clinton, in her Twitter handle, thanked her team, saying she was proud of them.

“This team has so much to be proud of. Whatever happens tonight, thank you for everything,” Clinton tweeted as uncertainty cast over her eventual victory among her supporters.
Trump has won in several crucial battleground states, including Florida and North Carolina, giving the Republican nominee a path to victory. He is also in the lead in democratic strongholds of Michigan and Pennsylvania.
Supporters of Clinton watched nervously as healthy leads that had been predicted in polling for much of the past several months appeared to evaporate while the votes were tallied.
A CNN reporter at the Clinton Election headquarters in New York said supporters were crying as they streamed out in despair after they watched the incredible results coming in.