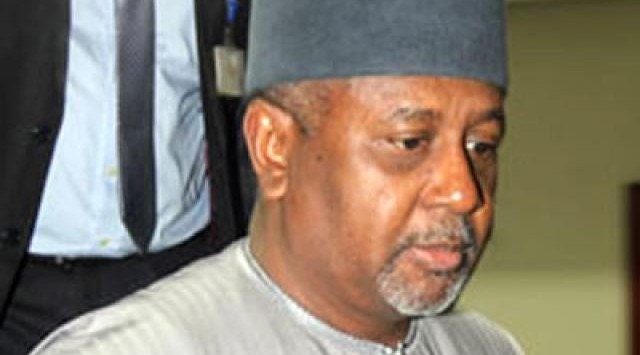 Like kiddies play, the Federal Government has again assured Nigerians that it will crush the notorious Islamic sect, Boko Haram within six weeks, even when the insurgents launched fresh cross-border attacks.
National Security Advisor Col Sambo Dasuki rtd, who this weekend secured a delay to Nigeria’s presidential elections, said “all known Boko Haram camps will be taken out” by the time of the rescheduled elections.
He told AFP in an interview when asked what gains could be made against the Islamists before the new polling date of March 28 that, “they won’t be there. They will be dismantled.”
Chief of Defence Staff had previously gave April 2014 as deadlines to defeat the insurgents, but the activities of the sect became heightened. His hometown was even taken over the insurgents.
But Dasuki said that even if the goal was not achieved “the situation then would surely be conducive enough for elections”, with no need for a further postponement to voting.
Greater regional co-operation made it more likely that the rebels, whose fight to create a hard line Islamic state has claimed more than 13,000 lives since 2009, would be defeated, he said.
Boko Haram last week opened up a new front in Niger after sustained attacks in Cameroon’s far northern region, which led to the deployment of Chadian troops alongside Cameroon forces.
The Islamist group has widened its offensive in recent weeks in the far north-east of Nigeria around Lake Chad where the borders of all four countries converge.
On Monday, militant fighters raided a prison in Diffa, southeast Niger, but were repelled, just hours before the country’s parliament voted on deploying troops for the regional fight-back.
A deadly explosion then ripped through a local market, with one local merchant saying: “Everything blew up — I saw bodies everywhere.”
“There are deaths and injuries,” concurred a local journalist, who says he counted one death and 15 people injured from the blast who were in Diffa’s hospital.
– Threat dismissed –
Boko Haram earlier released three new videos on YouTube, one of them a 28-minute speech from its leader Abubakar Shekau in an undisclosed location flanked by eight masked fighters.
In it, he dismissed the threat from regional forces, stating: “Your alliance will not achieve anything. Amass all your weapons and face us. We welcome you.”
Nigeria maintains that the involvement of troops from Chad and Cameroon is part of an existing agreement to fight the Islamists between countries in the Lake Chad region.
On Saturday, Nigeria and its neighbours — Chad, Niger, Cameroon and Benin — agreed to muster 8,700 troops, police and civilians for a wider, African Union-backed force against Boko Haram.
Niger’s Defence Minister Mahamadou Karidjo said he hoped parliamentary approval would deliver “the final blow” to Boko Haram, adding that troops were “chomping at the bit to go”.
The size of the new force had previously been set at about 7,500 but Shekau, whom the United States estimates as having between 4,000 to 6,000 fighters at his disposal, dismissed the threat.
“You send 7,000 troops? Why don’t you send seven million? This is small. Only 7,000? By Allah, it is small. We can seize them one-by-one. We can seize them one-by-one,” he said in Arabic.
Shekau also directly threatened Chad’s President Idriss Deby, whose forces have attacked Boko Haram in the northeast Nigerian towns of Gamboru and Malam Fatori in recent days.
– Wider context –
Shekau’s speech appeared to put the Boko Haram insurgency in the wider context of global jihad, possibly in response to the regional nature of the conflict.
In the last six years, the group has mainly operated in three states in northeast Nigeria, taking over a succession of towns and villages as part of its aim to create a hardline Islamic state.
Boko Haram, which is proscribed as an international terrorist group, has previously been considered to have essentially “local” aims.
It is thought to have few direct, operational links to jihadi groups elsewhere, although it is believed to include some foreign fighters, most likely paid mercenaries.
But Shekau has mentioned groups such as Al-Qaeda in the Islamic Maghreb (AQIM) and the leader of the so-called Islamic State group in Syria and Iraq, Abu Bakr al-Baghdadi.
One of the three latest videos shows Baghdadi with archive footage and a voiceover recalling a battle between British soldiers and fighters from the Sokoto Caliphate in northern Nigeria.
The Sokoto Caliphate was dismantled by British colonialists who annexed the northern Islamic kingdoms and the predominantly Christian south to form Nigeria in the early 20th century.
In his speech Shekau appears to broaden the group’s aim: “We never rose up to fight Africa. We rose up to fight the world.
“We are going to fight the world on the principle that whoever doesn’t obey Allah and the Prophet to either obey or die or become a slave.”