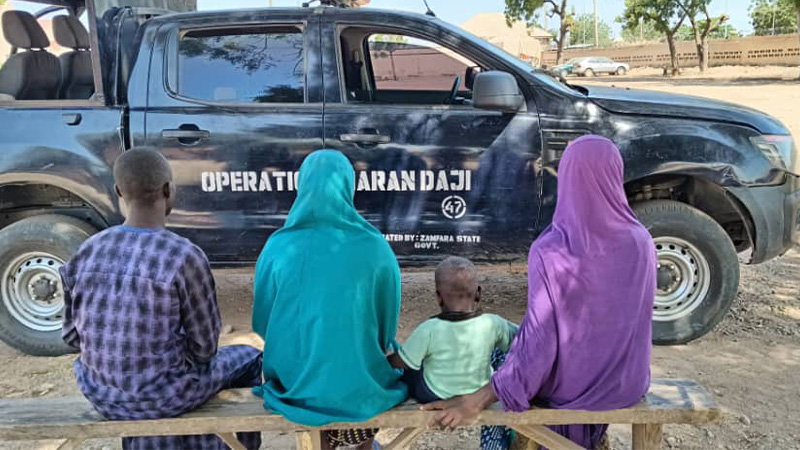 The ongoing Zamfara State Commissioner of Police and other security agencies who fought insecurity to a standstill in the State, is yielding positive results, as Zamfara Police Command under the stewardship of CP Kolo Yusu, recorded another landmark achievement.

Between Friday 28th and Sunday 30th October, 2022, the command received an intelligence report on Bandit’s Plan to attack some villages in Bukkuyum, Tsafe, Bungudu, Gusau and Maru LGAs for abduction. On spur of the moment, Police Tactical Operatives in Conjunction with the Vigilante embarked on rigorous patrol thereby repelling the Planned attacks and further sustaining confidence-building patrol to avert any threat on such communities.

In the course of debriefing, the victims informed the Police that, On 14th October, 2022, Bandits in their large number invaded Kuraje village in Gusau LGA and abducted four of them to MUNHAYE forest in Tsafe LGA where they spent 15 days in captivity. The victims were taken to Police Clinic for a medical check and later reunited with their families.

The Commissioner of Police while SEEreassuring the public on the command’s commitment to restoring peace and security in the state, congratulates the victims for regaining their freedom and urges all and sundry to be security conscious and report suspicious movement to the Police or any security Agency for prompt action.

Spokesman of the command SP Mohammed Shehu confirmed the story to The SUPREME.