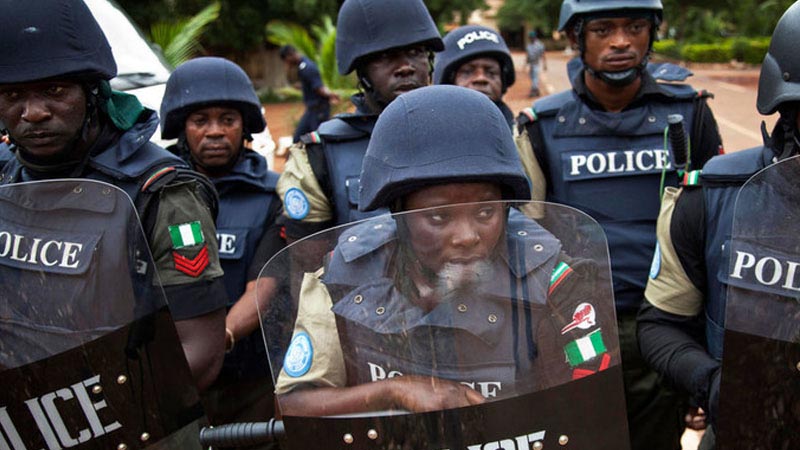 In a statement on Thursday, the Command, said, “in continuation of the Command’s determination to rid Zamfara of all form of criminal activities and restore lasting peace and normalcy in the State. The State Police Comma recorded another landmark achievements that comprises the unconditional rescue of thirty nine (39) kidnapped victims, arrest of ten (10) Suspects including members of the outlawed group (Yansakai), Recovery of locally fabricated guns, one (1) stolen Honda Vehicle 2012 model and four (4) motorcycles and other exhibits during various Police operations across the state.

On 1st April, 2022 Police in Gusau Central Police Station received information from Bauchi State that, the above mentioned suspect involved in a minor motor vehicle accident at a point before Ganjuwa LGA of Bauchi State, with the above named vehicle that was stolen at the residence of one Usman Shehu of Danturai Area Gusau LGA. Police detectives moved to Bauchi State and arrested the suspect along with the vehicle. A locally fabricated pistol was recovered inside the stolen vehicle. Investigation in progress with a view to arresting other members of the syndicate and charge them to court for prosecution.

On 10th April, 2022, Police Tactical operatives on clearance operations have rescued thirty nine (39) Kidnapped victims, who were abducted in March and early April, 2022 at various villages and locations in Bungudu and Maru LGAs.

The rescued victims include 8 males 15 females including nursing mothers and 16 children. The achievement was as a result of the ongoing clearance operation by the Joint Police and Military at Dabar Magaji camp located at Kadanya forest, stretching between Kaura Namoda and Maradun LGAs. Victims have been medically treated by the joint Police and State Government Medical teams and later debriefed by the Police detectives and will be handed over to the officials of the two (2) LGAs for reuniting the victims with their family

On 10th April, 2022 at about 0100hrs, Police in Talata Mafara received a distress call that some unidentified hoodlums suspected to be kidnappers silently trooped into Fakon Idi area in Talata Mafara and kidnapped two (2) persons to unknown destination. DPO Talata Mafara led a team of Policemen to the scene where the above mentioned suspects were suspiciously arrested inside an uncompleted building with a motorcycle. During interrogation, the suspects could not give a satisfactory account of why they were at the scene at that material time. Effort is being made to rescue the kidnapped victims. Meanwhile, discreet investigation is in progress.
Usman Salisu A.K.A Bale and Bashiru Bala A.K.A Sayid were also arrested

The statement said on 10th April, 2022 at about 1000hrs Police patrol team attached to Eagle Eye operation received a distress call from Hira da Kwadi area Gusau, that some hoodlums entered into the house of one Aisha Mai-Adda threatened her with some dangerous weapons and robed her the sum fifteen thousand naira (N15,000) and a handset. Police operatives moved to the area where the above named suspects were arrested in connection with the crime, while others escaped. The above mentioned exhibits were recovered in their possession. Investigation is in progress, aimed at arresting the fleeing suspects and charge them to court for prosecution.

The CP said he wish ” to use this opportunity to appreciate the untiring support and encouragement of the Inspector General of Police, IGP Usman Alkali Baba psc(+), NPM, fdc and our indefatigable Governor of Zamfara State, His Excellency Dr. Bello Muhammad Matawalle MON. I want also thank the good people of Zamfara State for their synergy with the security agencies especially the Police and assured you of our continuous commitment to ensure safety and security of Zamfara State.