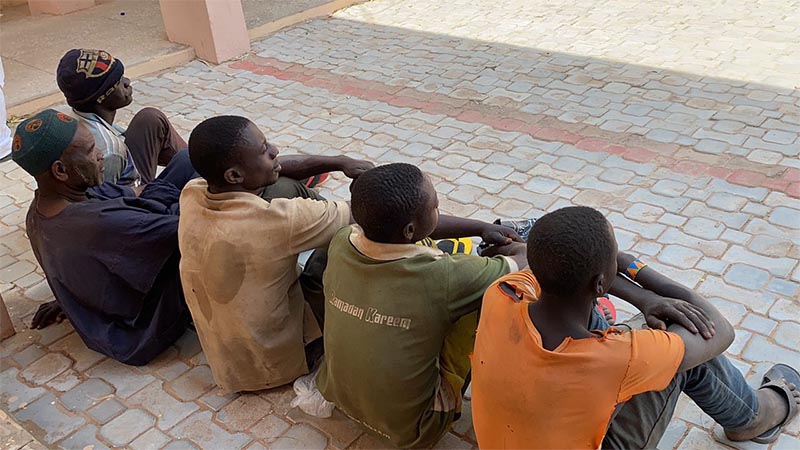 He says, the Kidnapped victims, who were abducted from Niger State were brought to Dansadau forest in Maru LGA of the state.

He added that the state Police Command in its continued search and rescue operations across various forests in the state, has succeeded in the unconditional rescue of five (5) Kidnapped victims who were abducted in Kontagora and Bangi LGAs of Niger State on 6th and 9th February 2022 respectively.

According to Shehu, all the victims were rescued by the Police Tactical operatives during extensive search and rescue operations in Dansadau forest under Maru LGA.

He disclosed that, “Joint Police and State Government Medical team are working in synergy to ensure that the rescued victims receive appropriate medical treatment. On the other hand, Police detectives from Anti – Kidnapping Squad are debriefing the victims before reuniting them with their families.

He noted that, the Commissioner of Police, CP Ayuba Elkanah appreciates the Inspector General of Police IGP Usman Alkali Baba and His Excellency Dr Mohammed Bello Matawalle the Executive Governor of Zamfara State for their unalloyed support and encouragement to all the security operatives. This has gone along way in boosting the morale of the operatives for better service delivery. The CP also sympathises with the victims and assures the people of the State that, Police in collaboration with other security agencies and state government will continue to work assiduously to ensure safety of residents.

The CP he said, further called on members of the public to continue to support the security operatives in the ongoing commitment to rid Zamfara State of all form of criminal elements in the state.