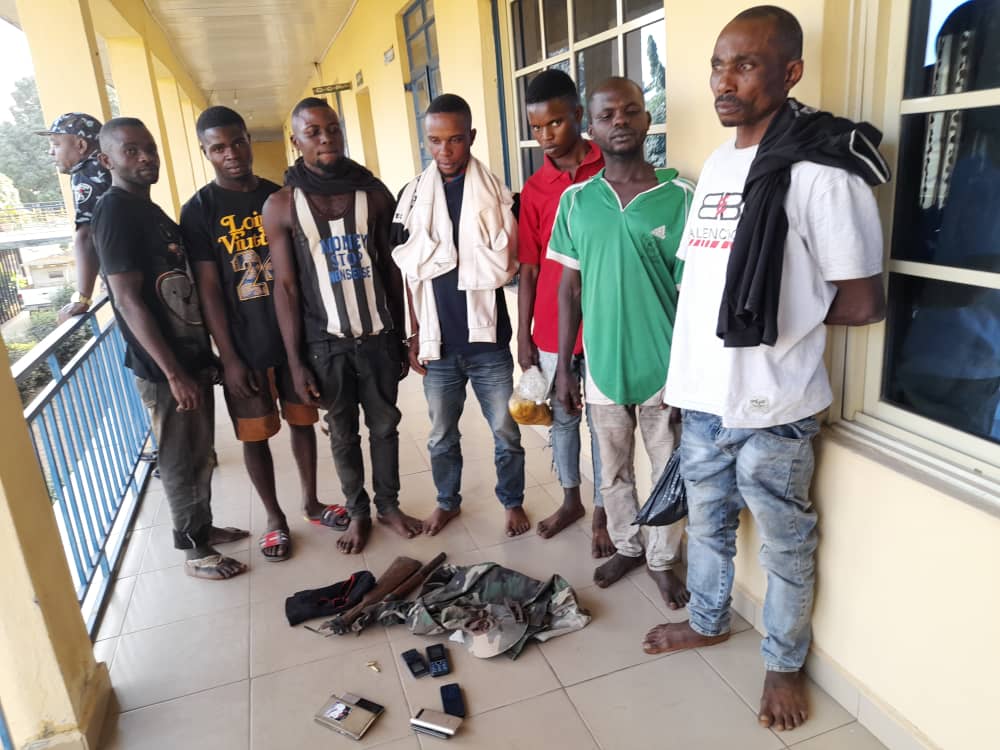 The Benue State Police Command
has arrested eight suspected kidnappers and armed robbers at different locations in Benue state, between 28th December, 2022 and Monday 2nd January, 2023 and recovered arms and other stolen items from the suspects.

Following the arrests, the State Commissioner of Police, (CP) Wale Abass commended the officers and men of the command for their dedication to duty and hard work during the yuletide period.

In a statement signed by the Police Public Relations Officer (PPRO), SP Sewuese Anene and made available to The SUPREME , the CP urges his men to keep up the good work, because more would be expected of them during the elections.

Even though the CP noted that after a review of activities of the festive period in the state “minimal criminal cases were recorded during the period, eight persons were arrested at different locations across the state.

One of the arrests took place along Adikpo – Jato-Aka road in Kwande Local Government Area (LGA) of the state, while the other two arrests were made at Tse-Kpum, Vandeikya LGA and Ogene junction, Otukpo – Ugbokolo road in Otukpo LGA.

According to Anene, “On 28/12/2022 at about 0130hrs information was received that armed robbers operating along Adikpo – Jato-Aka road, attacked and robbed road users of their belongings.

“Items recovered from them include; one locally made single barrel gun, a face mask, a military camouflage and one motorcycle stolen from the same robbery scene.”

The PPRO also noted that “On 31/12/2022 at about 0200hrs a distress call was received that five suspected kidnappers invaded a compound at Tse-kpum, Vandeikya LGA to kidnap Mr Terzungwe.

“Upon arrival of the police, the suspects fled into a near by forest where one of them was eventually arrested while his gang members escaped. The suspect confessed to have been sent by an enemy of the victim to kidnap him for ransom.

“Investigation is ongoing to arrest suspects at large.”

SP Anene further explained that “On
02/01/2023 at about 1100hrs, while officers of Safer Highway patrol were on stop and search duty at Ogene junction, Otukpo – Ugbokolo road, they intercepted one Aliyu Danazumi will goods suspected to be stolen.

“On-the-spot search of his belongings led to the recovery of ten phones, a cutlass, a sack containing new clothes and shoes.

“The suspect confessed to have broken into shops with other gang members while traders travelled for Christmas to steal these goods.

“Investigation is ongoing to identify the shop owners and arrest suspects that are at large.”