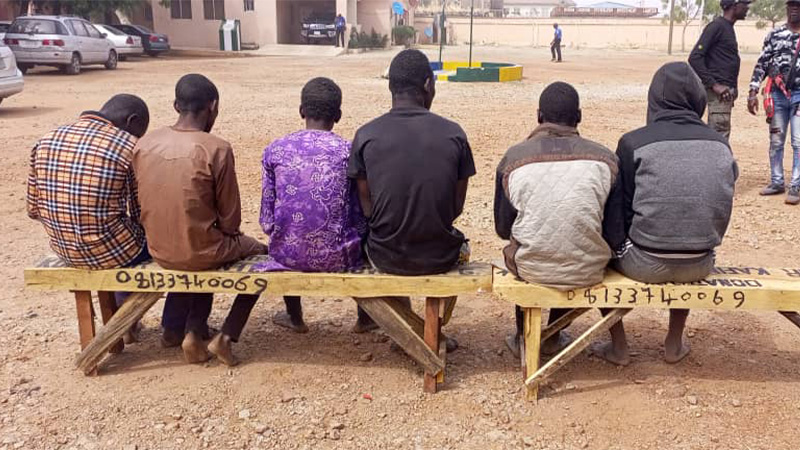 The Police operatives mobilized to the locations and engaged the bandits to a serious gun battle. Luckily enough, one of the bandits was neutralized and others were repelled by the superior firepower of the Police operatives, as such they retreated back to the forest with possible gunshot wounds. Two AK 47 Rifles, two magazines, 104 rounds of live ammunition, and a bunch of charms belonging to the bandits were recovered at the scene.

In a related development, the command says one Umaru Buba ‘ 21 Yrs Old of Baburasa Village in Kainji LGA of Niger State.m, and Babuga Manu ’20 years old at the same address was arrested by Police Tactical operatives while on confidence building patrol/ stop and search acted on intelligence information.

According to the spokesman of the command, SP Mohammed Shehu, in the course of interrogation by the Police, the suspects confessed to being into kidnappings and cattle rustling in various states such as Zamfara, Katsina, Kaduna, Niger, and other states in the North.

The suspects he said, further confessed to belonging to the gang of Bello Turji where they took part in the kidnapping of an unspecified number of victims in which millions of Naira were collected as ransom.

The suspect while undergoing a discreet investigation confessed to being a gang member of Bandit Kingpin Halilu Kachalla who operates in many in Zamfara and other neighboring States. The suspect further confessed to participating in several kidnappings and cattle rustling where millions of Naira were paid by victims’ relations as ransom.