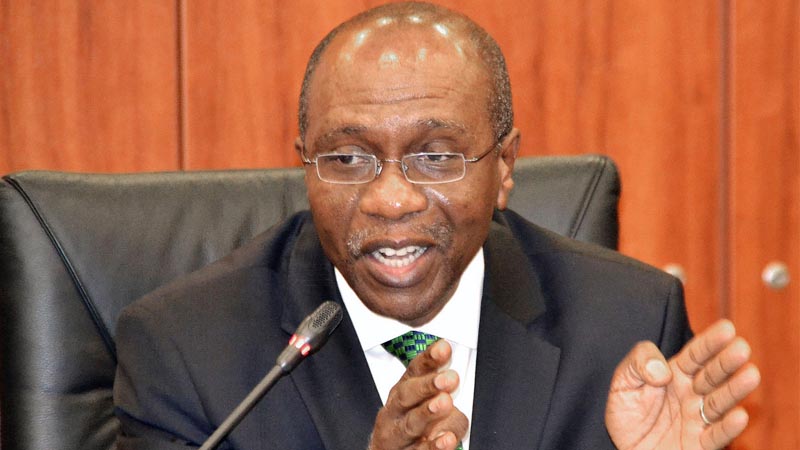 Central Bank of Nigeria (CBN) Governor, Godwin Emefiele announced today in Abuja that there is “automatic adjustment mechanism of the exchange rate.”

He told reporters in Abuja that it is aimed at reducing the pressure on the Naira. For the past few months the CBN has been under pressure to devalue the Naira, which has been resisted by both the monetary and fiscal authorities, claiming that past devaluations did not benefit the economy. Mr. Emefiele said: “The Central Bank of Nigeria has always maintained that it would continue to monitor situations on the ground and ensure that the Bank’s policies reflect these facts and developments rather than the sentiments of any groups or sectors.

The governor added: “It is in light of this principle that we now believe that the time is right to restore the automatic adjustment mechanism of the exchange rate with the re-introduction of a flexible inter-bank exchange rate market. “The workings of this market will be consistent with the Bank’s objectives of enhancing efficiency and facilitating a liquid and transparent Foreign Exchange Market.  Enefiele explained that the market would operate as a single market structure through the inter-bank/autonomous window.

He gave highlights of the new regime as follows:

1. The Exchange Rate would be purely market-driven using the Thomson-Reuters Order Matching System as well as the Conversational Dealing Book.

2. The CBN would participate in the Market through periodic interventions to either buy or sell FX as the need arises.

3. To improve the dynamics of the market, we will introduce FX Primary Dealers (FXPD) who would be registered by the CBN to deal directly with the Bank for large trade sizes on a two-way quotes basis.

4. These Primary Dealers shall operate with other dealers in the Inter-bank market, amongst other obligations that will be stipulated in the Foreign Exchange Primary Dealers (FXPD) Guidelines, which would also be released immediately after this Press Briefing.

5. There shall be no predetermined spread on FX spot transactions executed through the CBN intervention with Primary Dealers, while all FX Spot purchased by Authorized Dealers are transferable in the inter-bank FX Market.

6. The Forty-One (41) items classified as “Not Valid for Foreign Exchange” as detailed in a previous CBN Circular shall remain inadmissible in the Nigerian FX market.

7. To enhance liquidity in the market, the CBN may also offer long-tenored FX Forwards of 6 to 12 months or any tenor to Authorized Dealers In addition:

8. Sale of FX Forwards by Authorized Dealers to end-users must be trade-backed, with no predetermined spreads;

9. The CBN shall introduce non-deliverable over-the-counter (OTC) Naira-settled Futures, with daily rates on the CBN-approved FMDQ Trading and Reporting System. This is an entirely new product in the Nigerian Foreign Exchange Market, which would help moderate volatility in the exchange rate by moving non-urgent FX demand from the Spot to the Futures market;

10. The OTC FX Futures shall be in non-standardized amounts and different fixed tenors, which may be sold on any dates thereby ensuring bespoke maturity dates; *Proceeds of Foreign Investment Inflows and International Money Transfers shall be purchased by Authorized Dealers at the Daily Inter-Bank Rate; and *Non-oil exporters are now allowed unfettered access to their FX proceeds, which shall be sold in the Inter-bank market. Timelines

12.The tenors and rates for the OTC Naira-settled FX Futures will be announced on Monday, June 27, 2016. Depleted foreign reserves The CBN, the governor said, had to take the measures sine the nation “witnessed a significant decline in our Foreign Exchange Reserves from about US$42.8 billion in January 2014 to about US$26.7 billion as of 10th June 2016. “In terms of inflows, the Bank’s foreign exchange earnings have fallen from about US$3.2 billion monthly to current levels of below a billion dollars per month.”

The CBN Governor attributed the poor foreign exchange receipts on the over 70 percent drop in the price of crude oil, which contributes the largest share of our Foreign Exchange Reserves; Global growth slowdown and geopolitical tensions along critical trading routes in the world; and Normalization of Monetary Policy by the United States’

Mr. Emefiele, assured, however, that “our reserves, despite having fallen, is still robust and is able to cover about 5 months of Nigeria’s imports as against the international benchmark of 3 months.” He also assured Nigerians of transparency of his regime, saying that, “Let me note that the Central Bank is strongly determined to make this market as transparent, liquid, and efficient as possible. Therefore, we would neither tolerate unscrupulous behaviour nor hesitate to bring serious sanctions on offenders. “The CBN expects all authorized dealers particularly to display the highest level of professionalism. We expect them to understand the spirit and letter of this transition to a market based system. The CBN will not allow the system to be undermined by speculators and rent-seekers, he added.