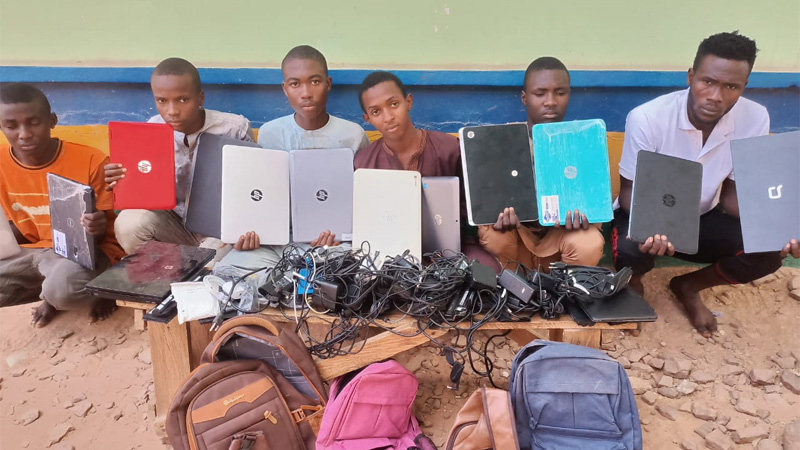 From Our Correspondent – Yola

Ahead of President Muhammadu Buhari “s visit to Adamawa State, the State Police Command has arrested six suspects and recovered fourteen laptops and other valuables.

The suspected criminals who were said to have specialized in burgling and stealing items at shops and houses were arrested at their various hideouts in Jimeta-Yola the state capital.

This was disclosed in a press release by the Public Relations Officer of the command, SP Suleiman Yahya Nguroje.

He stated that “further to the command’s renewed commitment of checkmating crime and criminals ahead of President Muhammadu Buhari’s visit to Yola, the state Capital, the command on Saturday 7/1/2023, disconnected the criminal network of Shilla gangsterism, connecting Luggere in Yola North Local Government and arrested six suspects who include:

Commending the officers and men of his command for displaying high intelligence during the operation, the State Commissioner of Police CP S K Akande, further directed total clamp down on criminals who are bent at disrupting the peace of the public.

The CP called on the populace to always inform the police of the whereabouts of criminals and their hideouts.

He assured the Government and good people of Adamawa State, of sustained efforts to dislodging all criminal hideouts and black spots in the state