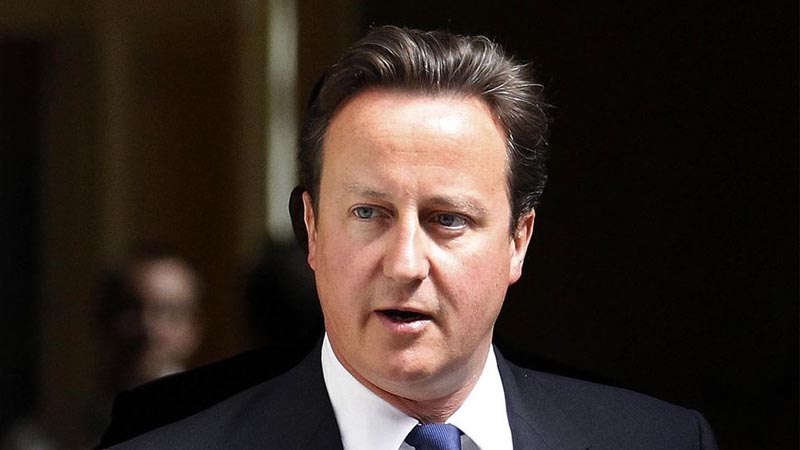 Former Delta State Commissioner of Police CP Ikechukwu Aduba rtd has condemned the comments of British Prime Minister, David Cameron, who described Nigeria as fantastically corrupt country. The retired police boss noted that his comment “can be justifiably termed as “outrageous”, “undiplomatic” and naïve” to the core.

In a statement made available to The SUPREME, Chief Aduba noted that Cameron should dust his books on ancient and contemporary history and seriously study them. Having done this, Prime Minister David Cameron should book an appointment with Queen Elizabeth II for tutorials on the History of British Empire. Part of the tutorials Cameron will receive from the Queen will dwell on British conquest of Nigeria (1900-1960).”

Bringing Cameron brains to history, the Commissioner of Police tutored that, “towards the end of 19th century, European countries converged in Germany on the invitation of Chancellor Otto von Bismarck, the German leader to discuss on the amicable balkanization of Africa among European powers. This unholy Convention was later known as “Scramble for and Partition of Africa in History. African countries, Nigeria inclusive were subjugated with a combination of deception (Treaties) and superior firepower. In 1900, the British hoisted the Union jack at Lokoja.”

He further reminiscence that, ‘this signified British official presence in Nigeria after years of economic and religious co-operation between both countries. In 1914, there was Amalgamation of Nigeria under Lord Frederick Lugard with his wife Flora Shaw, a journalist with Times of London christening the areas around the Nigeria River, “Nigeria. From 1900 to 1960, Nigeria was under the general tutelage of Britain. Colonial era was a period of wanton economic exploitation of Nigeria by British Empire. Our raw materials (palm produce, cocoa, tobacco, cotton, hides and skins) were exported at exploitative prices to Britain. Since example is better than precept, Royal Niger Company, an amalgam of British firms bought palm produce worth two hundred thousand pounds (E200,000) at the cost of thirty five thousand pounds (E35,000) worth of goods specifically paid in special cheques usable only in the company’s shop. Apart from raw materials, the British looted our art treasuries (Bini and Ife Bronze works, wood carvings, totems and arte-facts). Corruption in Nigeria originated from Britain whose exploitative tendencies started when they came to colonize us uninvited. Over the years, Britain has remained a hiding place for corrupt Nigerians.

On corruption by Britain through Nigerians, CP Aduba noted that, British banks are harbouring stolen funds from Nigeria and using same to develop their economy. Corrupt Nigerians are buying up whole streets in Britain to the eternal joy of British Estate business. The most expensive cars and jewelries in Britain are being bought by dubious Nigerians to the benefits of their economic status. Somebody should tell Prime Minister David Cameron that those living in Glass houses should not cast stones. If a country like Denmark had made the disparaging remark about Nigeria’s corruption, one could swallow the insult but not Britain, a country that turned imperialism into an art form in the past. Nigeria is corrupt and nobody is trying to cover the fact. However, generalizing the issue of corruption and painting all Nigerians with one tarnished brush is unacceptable. Research show that since corruption became prevalent in Nigeria, 2% of the population is controlling 80% of the nation’s wealth. If you add this revelation to the fact that the present APC administration is without doubt fighting corruption aggressively enough, the comments of British Prime Minister was untimely and a deliberate provocation on Cameron’s part. This brings us to the reaction of President Muhammadu Buhari. The president took the comment with a pinch of salt and went as far as concurring with his British counterpart. Some Nigerians are even praising him for his composure and, diplomacy under such a verbal bombardment. As far as I am concerned, his reaction was ungallantry, insensitive and cavalier. Posterity will look at his reaction from different perspectives but when all is given and taken, it is generally accepted that the best form of defence is attack. The unwarranted insult is for all Nigerians, the President inclusive.

Corruption is totally abhorrent to me and any measure that can be taken to stop it in Nigeria should be initiated holistically. It is only Nigerians that can solve the problem. No outsider, least of all, Prime Minister David Cameron should castigate us because he is part of the problem, if Nigeria were to be a commodity the inscription on the surface would be “MADE IN BRITAIN”.