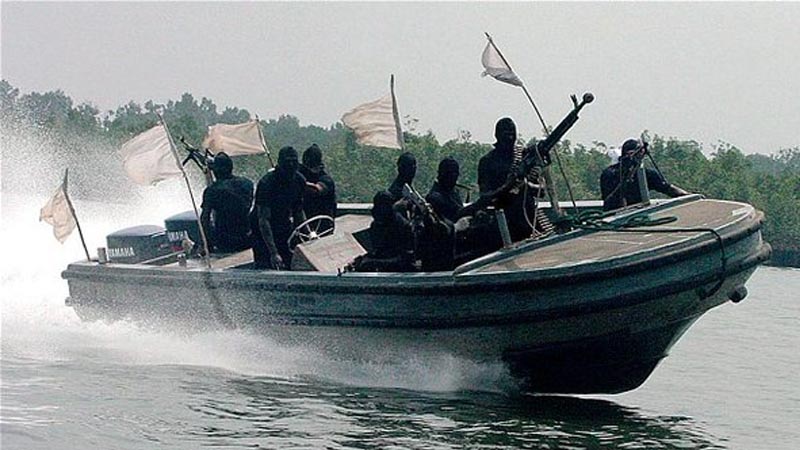 A new militant group code named Joint Niger Delta Liberation Force (JNDLF), today Monday vowed to attack strategic targets across Nigeria, despite calls for a united front but no “life-threatening actions” from other militants who have claimed recent strikes on oil facilities. JNDLF said it would hit “all those infrastructures that were built with our oil and gas monies in this country”. The list of targets included the presidential villa, government ministries, parliament, the state-run oil firm and the Central Bank of Nigeria (CBN) building in Abuja, with offices of major oil companies and military formations.

Names of its key operators were given as General Akotebe Darikoro, Commander, General Duties, General Torunanaowei Latei, Creek Network Coordinator, General Agbakakuro Owei-Tauro, Pipelines Bleeding Expert and General Pulokiri Ebiladei, Intelligence Bureau of JNDLF in a statement. JNDLF asserted: “In our final meeting it was resolved that the Nigerian Communication Satellite Orbit should be shut down so that it will avoid the cause of electronic radiation to human lives.” “Also, the followings occupants of these buildings should as a matter of urgency vacate in them immediately in their own interest to save their lives because our fight (is not against) any human blood, but to destroy all those infrastructures that were built with our oil and gas monies in this country

The group stated that: “We will make (the) federal government and oil companies suffer as they have made the people of the Niger Delta region suffer over the years from environmental degradation and environmental pollution,” the JNDLF’s “Joint Revolutionary Council” said. Most of the recent attacks on oil facilities in the oil-rich south have been claimed by the Niger Delta Avengers (NDA), who wants a fairer share of revenue from the sector for local people. The NDA’s sabotage of pipelines and attacks on installations has hit crude production, forcing output down to about 1.4 million barrels day, instead of the 2.2 million bpd budget. But last week it denied involvement in an attack on a boat belonging to the state-run Nigerian National Petroleum Corporation (NNPC) in which four soldiers and two personnel were killed. On Saturday, the group confirmed the emergence of other militants with similar agendas in a statement on its website, “calling on all groups in the region to be strong and resolute”. The new JNDLF, which said it would carry out its threat with “missiles”, has vowed to fight troops sent to the delta to bolster the protection of key infrastructure.

But the NDA countered: “We must desist from any life-threatening actions that will derail our genuine struggle for our people. “All groups are hereby discouraged from indulging in harassing oil workers and soldiers. The war is on oil installations.”

In the 2000s, there were similar groups with the same intentions that came together under the Movement for the Emancipation of the Niger Delta (MEND) banner. They were dissuaded in a government-brokered amnesty arrangement in 2009.