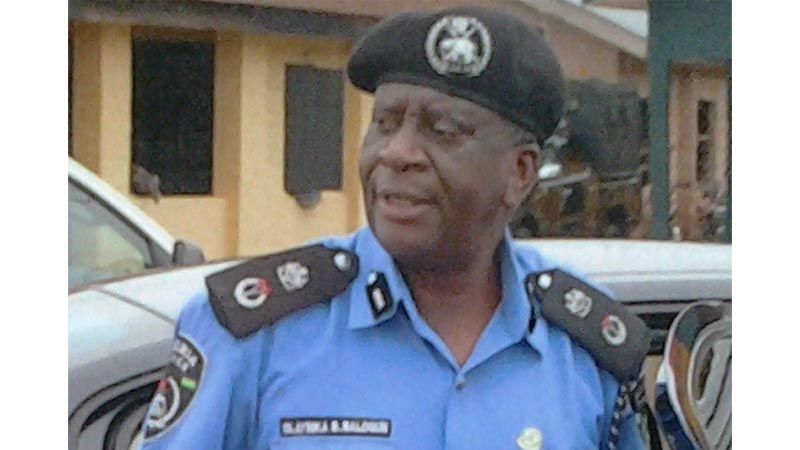 Above Kogi Command Incident was a sad commentary on the Police and the Society…We all deserve the outrage that greeted the sad situation. But how did we arrive at this situation ?..MY COMMENTS :: We mismanaged the following INDICES:: a. Indiscipline. b. Corruption. c. Audacity of Power. d. Duplication/Duplicious Authorities. e. Leadership weakness. f. Swift g. Deterence h. Punishment/ Retribution. i. Lack of respect for Rules and Regulations Etc.. Etc.. I will not be able to do enough justice to above for lack of space and also for the fact that my Audience is also fully aware of what am referring to. I will also mix my expose with practical illustrations. We should all agree that there are enough Rules and Regulations all over the place. Our shelves are full of such books but we have abandoned/ignored them. Discipline is very low the Provost Department is moribund seanal and almost extinct instead of being permanent, fully equipped and visible all over the Country. We all know what disciplinary powers and measures are wielded in the Military by the Provost Marshals ie Military Police ..There is no open deterence in the Police. Infractions are left unpunished for a long time until the victims lose confidence and resort to self help…Cases are also unduely and maliciously duplicated. A suspect dramatically becomes a complainant when the suspect “moves to Abuja” with a spurious counter petition and enough “means” to overturn the facts…A case is therefore taken from a CP or DC in the Commands and Zones and promptly given to an AC/DC “Super Cop” who “takes order only” from IGP who is actually so busy that he may not even be aware of all these atrocities.

Some of these audacious officers are more powerful than CPs and at times overturn the instructions decisions of DIG Forcid. Some are so audacious that they move with case files when they are transferred to other Formations no handing over to a new IPO..the complainant will have to be looking for the imperial IPO ..So one same matter/case is in Lagos..Enugu and Kaduna Owerri etc with assorted Investigators super overbearing IPO s coming from Forcid..IR T ..Intelligence Unit Special Squad and  such  strange nomenclatures unknown to our police procedures.

Meanwhile IPOs are feeding fat on innocent, helpless victms. Lawyers will confirm all these atrocities. As a Lawyer myself I have lorry load evidence of these anomalies. I have fought so many of them fiecely but what of others who may not the type of privilege at my disposal. Now to some PRACTICAL Areas. As a matter of urgency and transparency the audacious and lawless Kogi Police team should be brought to Abuja “in Handcuffs” paraded on TV screens, thereafter switly tried and condemned as Armed robbers that they are. The society should see that the police hieracchy “can bite”. This is a good opportunity to confront this audacity and devil may care attitude. It should not be another case of “under investigation” It will caution and send appropriate signals to others.

Let me conclude with 2 relevant samples where I was personally involved ..1..Some years ago in this same Kogi State a group of Policemen ambushed, attacked and killed some traders and robbed them of their proceeds. The then IGP swiftly ordered their arrest, followed up the investigation, got them arraigned in record time, ensured trial was monitored and the callous policemen were in fact finally condemned to death. The move was applauded by all and police confidence was restored. I was the PSO to that IGP and I witnessed all the events. 2. Many years later when I was DC CID Panti an audacious Pastor set a girl in his congregation ablaze causing grievous harm which later resulted in her death. I moved in swiftly, personally supervised the investigation and together with the then DPP Lagos State we prepared an iron cast case and got him properly and speedily arraigned and tried. He was found guilty and condemned at all the trial echelons up to the Supreme Court which also confirmed the verdict. We need such outings to restore confidence and reassure the Society that the Police are capable of dealing with the few outlaws in our midst. It was this non-challant who can- stop- me attitude of our policemen that led to the End- Sars Protests. Too many atrocities that are not being addressed too many cases “under investigation”. Let’s wake up so that there will not arise “End- Police Protest”.  As a Lawyer and an old Police officer one knows and have witness some of these movie like atrocities. Our Clients tell us what they cannot tell “unreachable” “unapproachable” “peakcork”..”tin god” officers. Most of cases now go to EFCC, ICPC etc because of loss of confidence in the Police as a result of few bad elements. We must confront and flush them out. *Have I personally brought some of these anomalies and observations to the various regimes and  Hierarchy ? YES of course both as a Lawyer handling some Clients cases and as a concerned stake holder in the Police Family. Especially since my retirement. Some got resolved immediately while some got resolved with time and persistence ..My honest observation is that most senior officers are oblivious of what these heinous atrocities of their  junior officers either because they are incompetent, unfit for the offices they occupy or out of outright CONNIVANCE and craft CORRUPTION they also benefit un ashamedly from the rot. Some officers have been “pocketed” by some junior officers especially the women officers. These senior officers, most of whom are beneficiaries of the obnoxious special promotions, have been neutralized by these weak shameless influences. shameless.

Meanwhile innocent people are suffering are in prison custody trumped up false allegations. A case of shameless Godless police officers proverbially holding “a poor man’s two hands while a callous criminal continue to beat him”, confiscate his properties – lands, cars, money even some police officers return recovered, seized exhibits to criminals through the “back door with proper arrangement”. It is that bad. These happen almost on a daily basis.

SOLUTION. The Police Hierarchy must be made to wake up to reality. It can be done by those of us who think alike. We must come together team up with the existing Retired Police Association and other Civil Rights Groups do some reorientation and become real Pressure Group that will claim and insist on meeting the IGP and the top Police Hierrachy periodically to intimate them of all these atrocities…And insist on getting them constantly addressed. Enough of these sermons, cosmetic s and weak observations. Let us ACT. FOR A START I am volunteering myself my services and those of Retired CP Lawrence Alobi. He will give us his Office to take off. Let us push this issue forward by working on a consensus MEETING DATE to meet and move forward. We must start something practical. Otherwise our labours past in the Police may end up in vain. God forbid. But Heaven helps those who help themselves. This is the time to act for ourselves and Posterity…