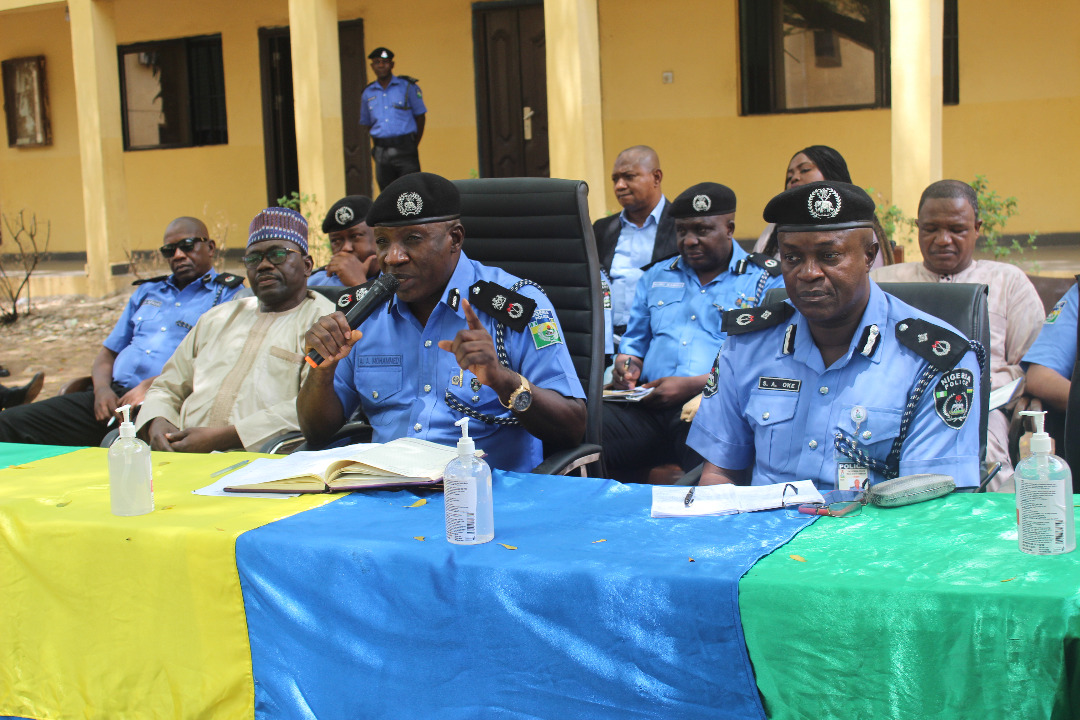 Following directive of the Inspector General of Police, IGP Alkali Baba Usman, on better welfare for police officers, Delta State Commissioner of Police CP Ari Muhammad Ali had an interactive session with officers and men of the command on 23rd March 2022.

During the session, the CP raised the issue of the fake strike action notice that has since gone viral, noting that “we all have a stake to nip it in the bud.”

He said the police is a regimented organization with laid down rules and regulations guiding its operations and that there are procedures to address grievances and strike action is certainly not a part of it.

CP Ari informed them of the IGP’S mission and vision to reposition the Force and urged them to do all it takes to key into the IGP’s vision and support him. He noted that the IGP has promised to implement the new salary scheme and also ordered the removal of tax from Police salaries. He stated that 40% increment on rent allowances and 20% increment on risk allowances has been approved and it’s with immediate effect.

He disclosed that the administration of IGP Usman Alkali Baba has ensured that promotions across all ranks is done as at when due and will be sustained. The CP said that the IGP has assured officers and men of massive distribution of equipments and kits particularly to members of the rank and files. Approval for prompt payment of allowances for special duty, distribution of two hundred (200) bufallo trucks across the federation, expansion of Police medical services, reintroduction and strengthening of the NPF scholarship scheme for dependents of police officers, incorporation of the NPF insurance company to guarantee seamless insurance services to officers as well as the general public among many other reformations are ongoing.

In addition to all the IGP has been doing to reposition the force, the CP also noted that modern Police Stations are currently being built all over the federation, Delta State inclusive and also renovations are going on in some barracks even at the Force Headquarters Abuja.

Finally, the CP urged all officers and men to go on with their normal duties while assuring them of the IGP’s commitment to their welfare and as such it will be unwise and unfair to embark on any strike action.

Officers and men in response echoed their support and assured the IGP and the CP of thier commitment to service, noting that they will not be part of any strike action or any other act that will bring the good name of the Force and the Command into disrepute.