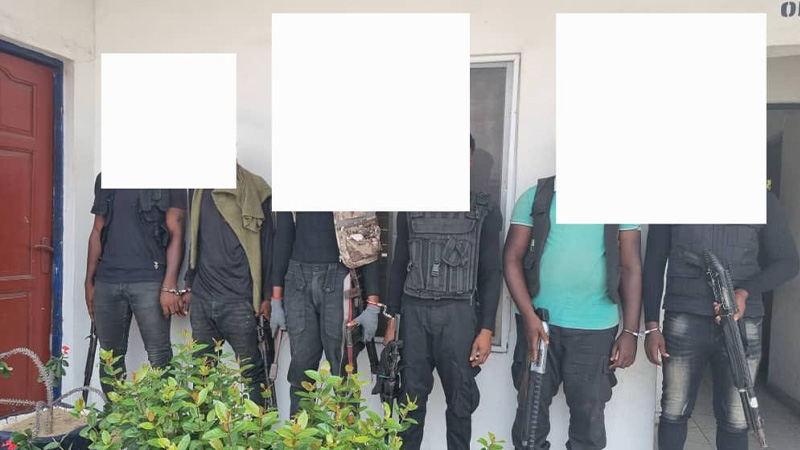 The suspects, Aaron Okorigwe aged 27yrs and five others could not give reasonable account of themselves, were taken into custody.

Spokesman of the command DSP Bright Edafe in a statement made available to The SUPREME today, explained that, investigation later revealed that they were hoodlums who operated under the guise of being members of hunters group from Ovwian Aladja, but sneaked into Ekpan Community in a Sienna vehicle to rob and kidnap unsuspecting members of the public, thereafter rob them, and escape to hibernate in Ovwian Aladja
.
Following these findings, on 16/12/2022, the DPO invited three victims (names withheld), all of whom were at various times victims of armed robberies, and kidnappings in the area, and placed the suspects on identification parade, the victims identified the suspects as the syndicate that robbed and kidnapped them.