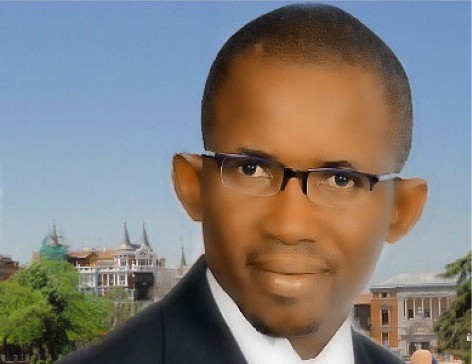 There have been calls for the postponement of the general elections, what’s your view about that?

In the history of Nigeria since we started democracy, there have always been calls for the postponement of elections each election year. I believe that people like talking because they want to be heard. This is the best time to have the elections; at least, we had about six months notice. Why didn’t they say it before now, why are they saying it now even if it is all about the insurgency. We can see what Jonathan himself is doing, there is a law in the house seeks to take care of that area. Whoever is saying so is just calling for anarchy. Nigeria is a country where there is rule of law and we must respect and uphold it.
But do you think that there is absolutely no need for such calls given the challenges most Nigerian are experiencing in a bid to collect their PVCs?

I agree there are challenges and that many people are yet to get there PVCs but those challenges are not strong enough to warrant postponement of the elections. If you like postpone it to next year, there are people who will not still get it because they do not care and are not interested in the political process. Others believe that their votes will not count after all. But I still insist that postponement is not an option at this time. Already, there is tension in the country and further postponement will add to the tension and this will affect businesses and other commercial activities as investors are pooling out their investments to study the situation.

Is it true that Labour Party has adopted President Jonathan as its candidate for the forthcoming elections?

The statement is a fallacy; we have not endorsed President Jonathan as our presidential candidate. In 2011, we did that and maybe because of that, some people have come to the conclusion that we have adopted him for the next elections. It is a different ball game this time around; what we intend to do is to sit with stakeholders in the party and decide who we will adopt after careful scrutiny. We will surely come up with a resolution; the process is going to be open. As for now, we have not adopted any candidate but we will soon. One thing is sure, the Labour Party will look closely. Endorsing any candidate is not automatic and it is something that has to be negotiated. We will ask the candidates what are the things they want to offer Nigerians. The chosen candidate must adopt and defend the interest and aspirations of the Nigerian people.

Labour Party has taken a rather quiet stance as activities for the forthcoming elections reach fever pitch. What informed this position?

We decided to take that path because electoral victory is not determined by the noise a particular party makes. But the truth is that we have been working. We are presenting our candidates in all the states. In Oyo State, we have Alhaji Alao Akala a our governorship candidate. The same in Niger, Nassarawa, Ebonyi and Akwa-Ibom states. We have three seating senators in Ebonyi State and10 House of Representatives candidates. I am sure Nigerians now believe that their salvation doesn’t just lie with the PDP or APC because now nobody can even distinguish between the APC and the PDP because the same actors in the PDP are also in the APC. Labour party came with hope and to defend the aspirations of Nigerian’s and I believe the Nigeria public knows best.

Most people are of the opinion that the Labour Party is a dumping ground. What is your reaction to that?
Someone even alleged that the Labour Party is selling forms for rejected candidates. We don’t do that and the issue of the party being a dumping ground is a misconception. I have been saying this for long that water always finds its level. If we say that we are party of the people, one thing that stands clear is this, Labour Party is a natural choice of every Nigerian politician because one attribute about politicians is to represent the interest of the people but unfortunately with our attitude in Nigeria, that is usually not the case. If actually you want to be a politician, you must flow with the people. Before you are handed the ticket to run on the platform of the Labour Party, you must show the capacity to go with the people at all times.