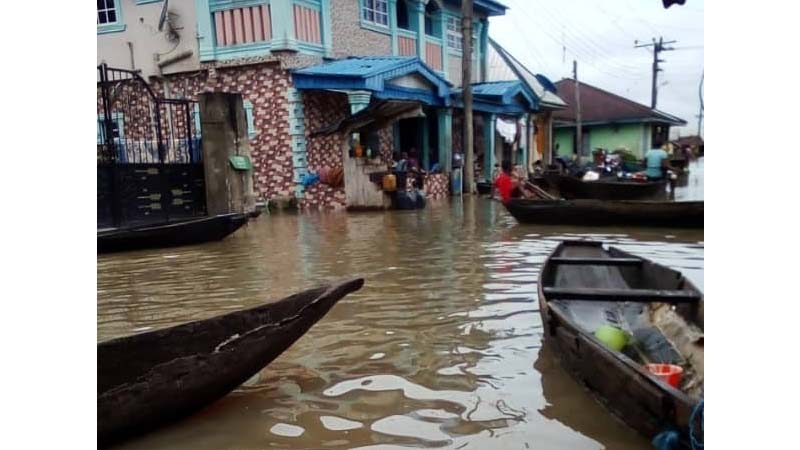 Flood has taken over two local government areas of lsoko in Delta State.
Towns like lgbide where General Paul Omu hails from and Uzere where former Chief of Staff General Alex Ogomudua hails from, as well as Araya, where late Dr Chief Abel Ubeku and mother of Senator James Manager hail from, are all submerged.

The communities are cut off from the cities because there are no access roads due to the flood that has covered the roads.

In Araya, it’s canoes and engine boats that are means of transportation on the streets for few people remaining yet to be evacuated.

The state governments and local governments have abandoned the people. Even the IDP camps created by Isoko South Local government chairman Hon Asasa have no mosquito nets. Food is also not provided.

Araya community Secretary, Mr Daniel Ubuhefe lamented that, there is little or no help from both the state and local governments. He disclosed that, “rather, some prominent individuals are responding to yearnings of our people “.

He urged the Federal and state governments to come to the aide of lsoko people, especially Araya. “All farm lands yam and cassava farms have been submerged. No food for our people. There is serious hunger”.

He disclosed that, Araya Is where Bible fell on from Heaven in 1914 The spot which is now submerged is a tourist/prayer center The Bible he said, was believed to have been smuggled to the United Kingdom by the Missionaries