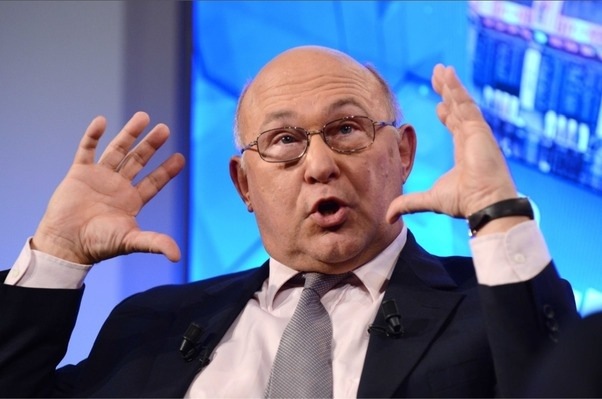 French Minister of Finance and Economy, Mr. Michael Sapin, has described Nigeria as investors’ unavoidable destination, this is despite the challenges bedeviling the country.
Mr. Sapin said Nigeria would be a major beneficiary of a 240 billion Euro fund being earmarked by France for investment in Africa as the European nation renews its investment drive on the continent. He disclosed that the 240 billion euro being earmarked by his government for Africa would help African countries drive their growth, admonishing French companies to be more aggressive in their investments in Africa.
French President, Francois Hollande, who unfolded France’s renewed investment plans in Africa at the ‘French-African Forum for a Shared Growth’ in Paris, France described Africa as “our future. It is a continent with great demographic evolution. It has recorded the highest growth in the last few years. It is also a continent full of untapped resources.” He added that Africa boasts an army of vibrant youth population unlike other continents.
Hollande stated that Africa stands out as the world’s preferred investment destination, considering its impressive economic growth over the years and abundant unexploited human and natural resources. Pointing out that his government was adopting a multi-pronged investment drive in Africa as well as infrastructure funding, while promising that France’s was willingness to woo a number of countries to invest in Africa. The French leader also noted that there was a convergence of cultural links, assuring that France would support Africa better in investment and funding of projects.
Besides the 240 billion euro earmarked for investment in Africa, Hollande disclosed that an export bank was being put together at the end of March to help African countries access funds
Adding his voice, Sapin stated that investing in Africa without Nigeria was unthinkable, adding: “if you are not in Nigeria, you are not in Africa. With a huge market and investment potentials no serious investor can ignore Nigeria, given the large population, highly skilled human capital and massive untapped natural resources.”
Sapin noted that after over a decade of steady and impressive economic growth, there have been rapid changes in the perception of Africa even when most regions of the world were experiencing retarded growth or even recession. Consequently, “a contact group had already been formed to ensure that French investors took the centre-stage of business activities in Nigeria and other African countries. French investors have to know this, that French needs Africa. With a budding young population who are highly skilled and entrepreneurial, we must give impetus to this needed collaboration between Africa and France.”
President Goodluck Jonathan was represented at the forum, attended by many African leaders, ministers and corporate chieftains, by the Coordinating Minister for the Economy and Minister of Finance, Dr. Ngozi Okonjo-Iweala.