How 3 Men Planned To Kill Policeman At Accident Scene 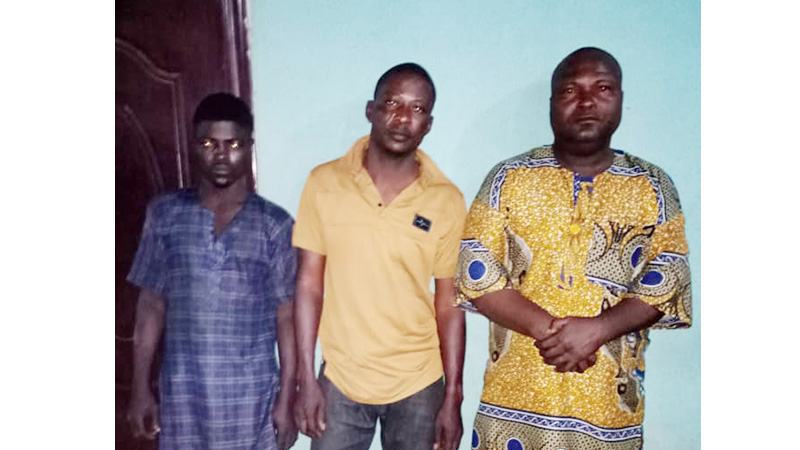 Men of Ogun State Police Command on Saturday, 31st of December 2022, arrested three men who made an attempt to kill a police sergeant, Akinpelu Sunday while carrying out his duty at Orile imo, in Obafemi Owode LG area of Ogun State.

The suspects; Olayiwola Basiru, Bamimore Isiaka and Soliu were arrested when they attacked a policeman and attempted to burn a police towing vehicle so as to prevent an investigation into the cause of the accident.

Following the report of an accident in Orile Imo area, a police sergeant attached to the Traffic Section of the Owode Egba Divisional Headquarters was detailed to rescue the victims and recover the vehicles involved to the station.

But on getting to the scene, the suspects attacked the policeman and the towing vehicle driver with a sledgehammer, stick and other dangerous weapons in order to prevent them from taking one of the vehicles involved to the station for further investigation

The policeman and the towing vehicle driver managed to escape from the scene and ran to the station with varying degrees of injuries.

The Divisional Police Officer, Owode Egba division, CSP Olasunkanmi Popoola when hinted,led his men to the place where he met the suspects who had already poured petrol on the towing vehicle and about setting it ablaze after removing the cash sum of #520,000 belonging to the towing vehicle driver.

Three of the hoodlums were arrested, while others escaped but the remaining petrol was recovered from them.

Meanwhile the Commissioner of Police, CP Lanre Bankole has ordered that those who escaped must be hunted for and brought to book.

He further directed that the arrested suspects be transferred to State Criminal Investigation Departments for further investigation and possible prosecution.

The spokesman of the police command, SP Abimbola Oyeyemi confirmed the story to The SUPREME.