I Will Take Care Of Disabled Students -APC Guber Candidate 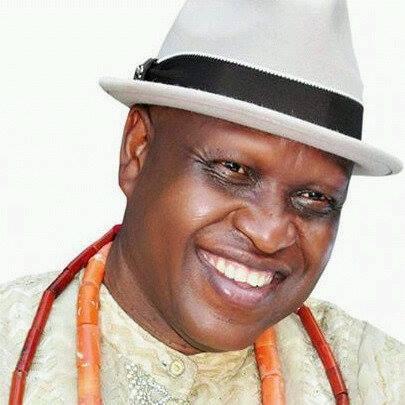 A call has been made to students in tertiary institutions in Delta State to endeavour to exercise their franchise in the forth coming elections by registering and collecting their permanent voters’ card.
The Delta State All Progressives Congress, APC, gubernatorial candidate Olorogun O’tega Emerhor, made the call while addressing the students who came out in their thousands to support him.
Emerhor disclosed that part of his economic blueprint for the revival of the socio-economic prosperity of the state was to build new and standard hostels for Delta state students in all higher institutions of learning, adding that the hostels would be well equipped with modern facilities to enhance comfort.
While commending Nigerian youths for shaping the world through excellent ideas showcased in various social media he pointed out that the time has come for the Nigerian youths to take their destinies into their hands and kick out bad leadership from the country. He promised to set aside special funds for the promotion of entertainment and sports, noting that young talents in the country have been frustrated under the ruling party which has contributed largely to insecurity and joblessness.
The APC candidate promised to partner with private sectors to ensure education for all the children in the country stressing that education is the bedrock of any developed nation.
He said the youths should use their vibrancy to vote for a candidate that will secure their future and not for those that that will make life miserable for them.
The APC candidate said that previous government under the administration of the ruling PDP are bereft of ideas as to how to address the issues on how to restore Nigeria’s integrity and the economic giant of Africa. He said he will build new industries and revive all the moribund haven manufacturing companies to facilitate economic recovery and create thousands of jobs.
He commended the leadership of the various Student Union Governments for coming up with the laudable idea of interaction, noting that the choice they have made, was a sign that they were ready to take their destinies in their hand.
The turnaround expert reminded the students that the ruling party has led them astray for the past 16 years and that it was time for them to stand up and kick out bad government from the state. He however, stressed that they can only do that by collecting their Permanent Voters Cards (PVC) because it is their power to make the desired change that everybody is clamoring for.
He gave examples of the transformation going on in Lagos State saying that if he is voted into power he will transform Delta State to become one of the most enviable states in the country.
Emerhor who is a member of the Order of the Niger (OON), lamented that Nigerian Students do not have simple amenities in their schools and wondered why students should be asking of simple things as power, transportation, good roads, internet facilities, housing and others needed for the enjoyment of life. He promised to provide all the needs of Nigerian students through a systematic public/private collaboration.
The APC guber candidate also said that if elected, his government was going to pay special attention to the disabled students in the state adding that State Ministry of Education will have a special department that will take care of disabled persons in the state.