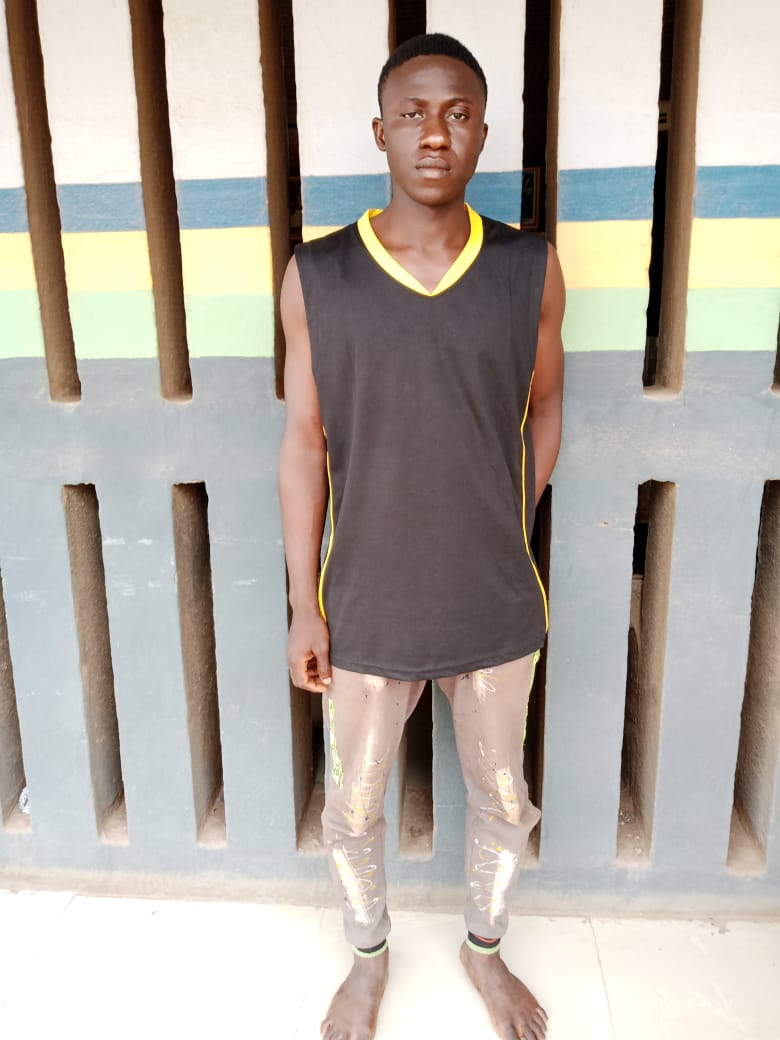 One of the Kuje Correctional Center escapees was on Monday 11th of July 2022 arrested by operatives of Ogun State Police Command.

The escapee, 28year old Yakubu AbdulMumuni was arrested following an information received by policemen at Sango Ota divisional headquarters that, the convict was sighted somewhere around Sango Ota.

Upon the information, the DPO Sango ota division, SP Saleh Dahiru quickly moblised his men and moved to the area where the convict was apprehended.

Meanwhile, the Commissioner of Police, CP Lanre Bankole has ordered the State Criminal Investigation Department to facilitate the transfer of the convict back to Correctional Center with immediate effect.