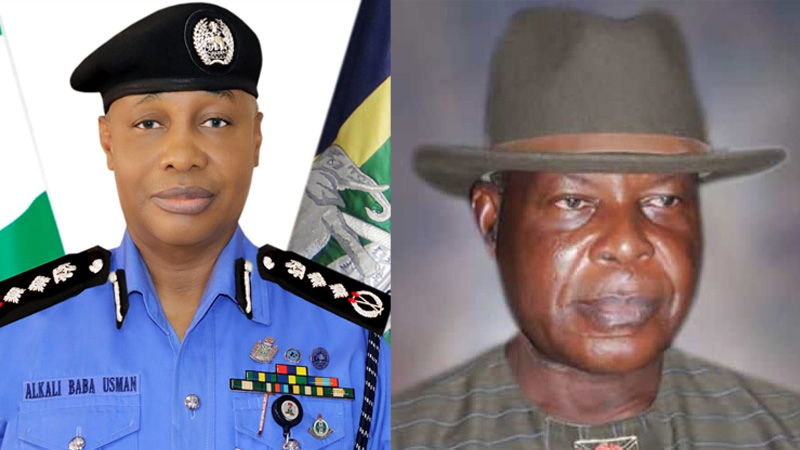 Statutory retirement of about 350 police officers in February and in March 2023, may affect the effective monitoring of the Presidential and governorship elections and other elections slated for February and March 11th 2023.

Already the Independent National Electoral Commission (INEC) has raised an alarm that, insecurity may threaten the elections from holding at the scheduled dates, and the elections may be postponed

Discrete investigations by The SUPREME reveal that, if the tsunami of retirement is not halted, there will be manpower shortage that may adversely affect the effective monitoring of the general elections, at this crucial period of the elections.

Our findings reveal that apart from the Inspector-General of Police (IGP) Alkali Usman Baba who is to retire statutorily on March 15, 2023, about 16 Assistant Inspectors-Generals (AIGs), 12 Commissioners of Police (CPs) 9 DCPs, and about 30 ACPs, as well as over 35 CSPs, 47 SPs and 55 DSPs as well as about 70 ASPs are slated for retirement from 1st of February to end of March 2023.

Already, two DIGs are going for statutory retirement at the end of this January, 2023. Their letters of retirement are said to have been forwarded to Police Service Commission (PSC) for processing.

Our discrete investigations further reveal that, about 15 of the ACPs are Mobile Squadron Commanders and Area Commanders, while most of the CSPs and SPs are Divisional Police Officers (DPOs) whose names are said to have been submitted to the Force Headquarters Abuja for strategic postings for the elections.

Some retired senior police officers who spoke to The SUPREME opined that, “it is more reasonable to extend the tenure of the IGP, Usman Baba and those officers who are scheduled to retire for the purpose of the elections.”
“If they are allowed to go, those that will fill their vacuum will not be very effective because they will be operating in a strange terrain. You cannot move an officer from Kano to Bayelsa or from Rivers to Zamfara overnight and expect him to perform magic, it’s not possible,” one of them cautioned.

Former IGP Sir Dr Mike Okiro shared the same view.
He suggested that, “the officers should be given three months extension for effective monitoring of the elections. It is not easy to immediately fill their vacuum. Already INEC and some people are saying that due to insecurity the elections may not hold. In internal security, the police are the bedrock, the first to be called upon. And the elections involve internal security. The Civil Service Rules say, a civil servant is due for retirement after serving 35 years or after attaining 60 years of age. But the President has the prerogative to extend anybody’s tenure. “

Also speaking in the same vein, a retired DIG from the North opined that: “This is the first time such a large number will go on retirement, at a crucial period of national elections. INEC is already saying there is insecurity that may affect the elections. We are talking of security of lives and property.”

A Commissioner at the Police Commission retired AIG Lawal Bawa, confirmed that the PSC is not against the extension of the IGP and the officers. He advised that, ” If the IG feels that if a large number of the officers retire, it will affect effective monitoring of the elections, let him write to the President for their extension. We (PSC) have no objection.”

Meanwhile, a source disclosed that, the Presidency is considering extending tenure of the IGP Alkali Usman Baba for three months.

However, a source close to the IGP confided on The SUPREME that, “he is not asking for an extension. But If Mr President extends his tenure, it is his (President) prerogative decision  “