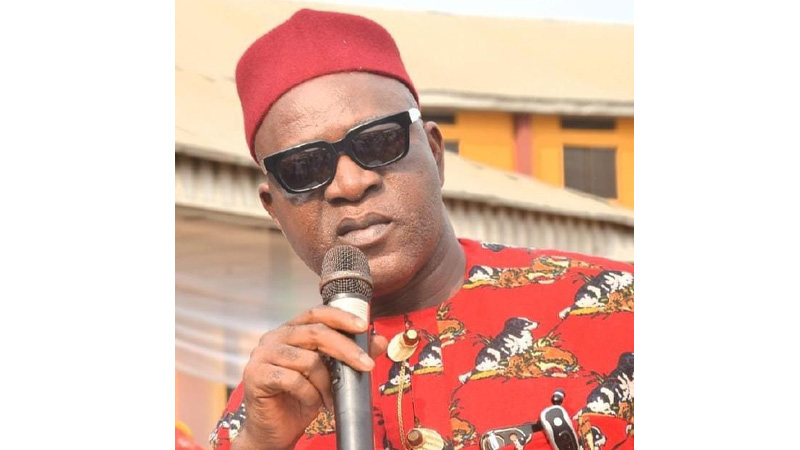 Chief John OKIYI Kalu, Director of Strategic Engagement, Abia State chapter of the Peoples Democratic Party (PDP) Campaign Council on Saturday called on the people of the state to demand a factual response from the Nigerian Medical Association (NMA) on the lingering dispute between doctors and the state government.

Okiyi-Kalu who was speaking on the demand by doctors under the Hospital Management Board (HMB) to be paid 13 months arrears and equally the demand of doctors working with Abia State University Teaching Hospital (ABSUTH) for 22 months arrears said that facts have shown that since the inception of the Dr Okezie Ikpeazu’s administration in 2015 the medical doctors have been on strike for 35 months.

He questioned the moral right the doctors have to demand such payments when facts and figures at the disposal of the government which according to him were listed undisputably by the state Commissioner for Information, Eze Chikamnayo show that they do not merit what they are demanding.

Okiyi-Kalu urged the Abia people to eschew all forms of political gimmicks and question some abnormalities in the Abia health sector causing the conflict stressing that every conflict should end in permanent solutions to society’s challenges including the ongoing one between Abia Government and NMA.

“Naturally, because of the important role played by medical doctors in the health management chain, it is expected that popular sentiments will be in support of the striking doctors and weighed against the government more so when arrowheads of the strike timed it to coincide with the forthcoming general elections that some desperate opposition politicians are ready to attempt to win by hook or crook.

“But the question to ask is if those medical doctors actually worked for the months of arrears they are demanding payment for or should pay the government and people of Abia State for receiving more salary than they have worked for.”

Okiyi-Kalu said that the root of the current wage management challenge in HMB and ABSUTH is traceable to 2015 he witnessed a meeting between Governor Okezie Ikpeazu who was new in office and management and union leaders from ABSUTH at the government house in Umuahia.

According to him, the meeting was called to stave off a planned strike action by the doctors and the crux of their presentation to the Governor was simply that he pays off the arrears of salary owed them and they will from thenceforth make revenue to fund their regular salary payment.

Okiyi-Kalu said that they also requested support with more modern equipment for their operations and later in the life of the administration asked for ABSUTH road to be fixed, which according to him were all granted by the Governor.

“Governor Okezie Ikpeazu went ahead to pay them 11 months salary arrears in one tranche that same year. For those medical doctors earning N500,000/month, they received an alert of N5, 500,000.00 in one day per person.

“Two months after receiving the jumbo alert, the management of ABSUTH and some of the union leaders returned to the Governor to plead that they be given subventions to continue paying salary while they adjust operationally to build on their IGR and commence running independently. Governor Ikpeazu obliged them again.

“Interestingly, shortly after the jumbo pay by the government, many of those medical doctors “invested” the money on improving their private clinics or renting and equipping new clinics. And as they ensured that their personal businesses were booming ABSUTH’s fortunes continued to depreciate.”

Okiyi-Kalu said that the painful part of the whole thing was that despite the Governor’s earlier efforts, privates clinics of doctors were booming and rather than generate more revenue to at least pay themselves, their IGR continued to dwindle from what it was in 2015 till date, as they racked up 35 months of strike without work yet are making demands that the government must pay them for those months they were on strike.