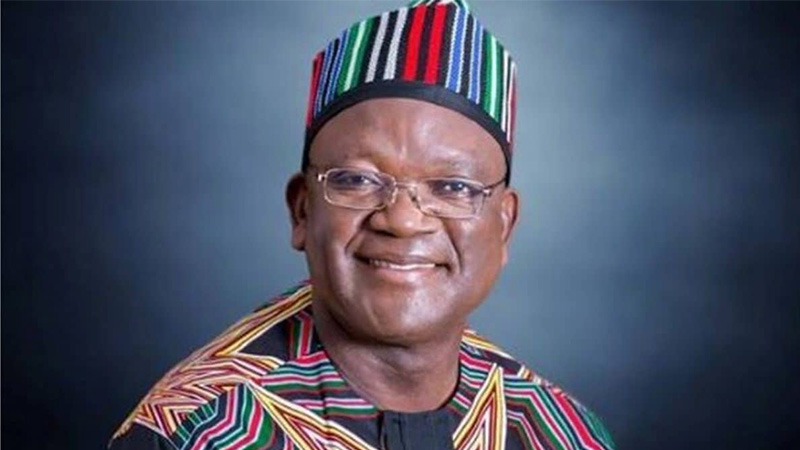 Benue State Governor, Samuel Ortom has charged people of Konshisha and Gwer East local government areas to vote Engr. Titus Uba as the next Governor of the state in the forthcoming elections. He assured that Uba’s victory will strengthen the fight against insecurity in the state.

Governor Ortom spoke on Saturday, January 14th, 2023 in Tse-Agberaga and Aliade when he led the PDP campaign train to the local government areas in continuation of the statewide campaign by the party ahead of this year’s election in February and in March.

The Governor urged the people to continue to keep faith with the PDP as it is the only party that is truly concerned about the welfare and security of the state.

He called on the people of Konshisha and Gwer East Local Government areas to vote for Engr. Uba as the next Governor of the State, stating that he has the track record of performance as Speaker of the Benue State House of Assembly.

He said he is convinced that “Uba will continue to build on the gains achieved in the area of security for the state against terrorists who are bent on taking over our ancestral lands.”

On his senatorial election, Governor Ortom declared that if elected to the Senate to represent Benue North-West, he will collaborate with his colleagues, Senators Gabriel Suswam and Abba Moro, to back Uba as Governor to tackle the challenges confronting the state.

The Senator representing Benue North-East Senatorial District, Dr. Suswam also enjoined the people of Konshisha and Gwer East to stand in support of Engr. Uba to win the governorship election.

Senator Suswam also tasked the people of Gwer-East on the need to elect Governor Ortom to represent Benue North-West Senatorial district in the Senate, stating that with Ortom in the Senate, they would be better positioned to make a case for Benue in the national power equation.

In his remarks, the PDP Governorship candidate, Engr. Uba said, “for me, it is home coming,” stating that he had confidence that the people would vote for him and all other candidates of the party.

He particularly told the people to vote Governor Ortom and Senator Suswam to the National Assembly as they have demonstrated firm commitment in standing for the interest of Benue people.

Acting State Chairman of PDP, Hon. Isaac Mffo welcomed decampees from other political parties into the PDP fold, while the Director, State Campaign Management Committee, Dr. Cletus Tyokyaa said the party remains unbeatable as all its candidates were experienced people who will add value to governance when elected.

Catholic Bishop of Makurdi Diocese, Most Rev. Wilfred Anagbe who was represented by Rev. Fr. Terungwa Tor commended Engr. Uba for contributing to the development of the school as its illustrious alumnus.

Forum of former PDP Governorship Aspirants, who spoke through Engr. Dondo Ahire reaffirmed their commitment to the victory of PDP, while Council Chairmen of Konshisha and Gwer-East, Mrs. Christiana Amile and Mrs. Agatha Akua assured that their areas were fully in support of all candidates of the party.