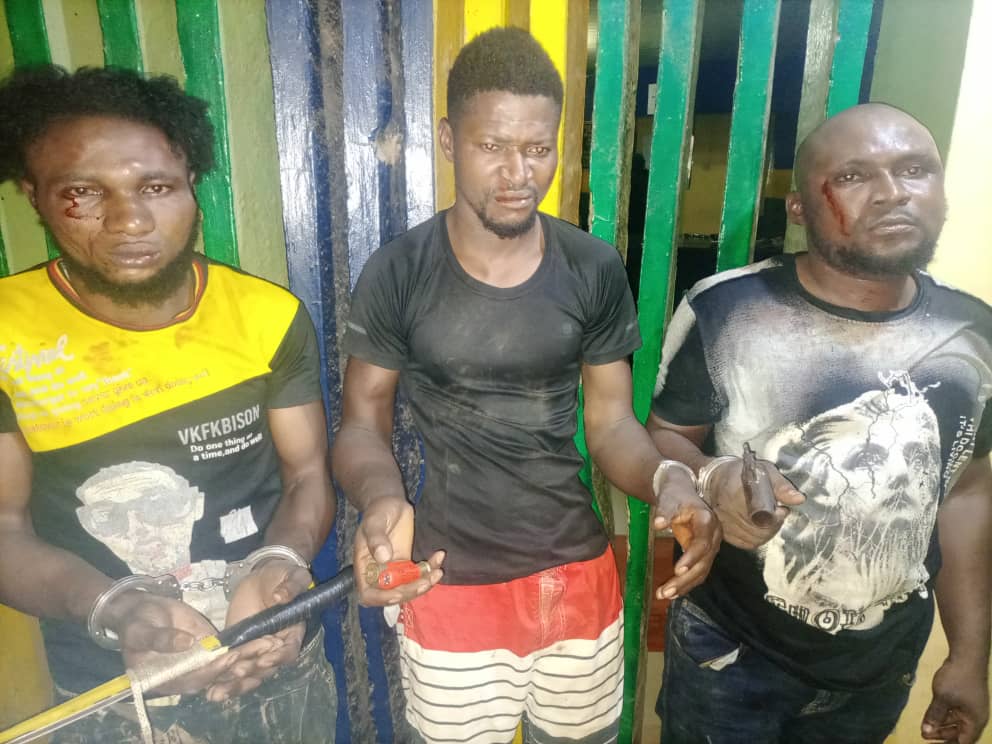 Public Relations Officer of the command DSP Abimbola Oyeyemi said in a statement today Tuesday, October 19, ,2021 that the three suspects were arrested on Monday 18th of October 2021 He said they were members of a robbery syndicate terrorizing Mowe and its environs.

According to him, the suspects; Daniel Okereke, Henry Osagwe and Wisdom Atuba were arrested following an information received by the policemen attached to Mowe divisional headquarters at about 10 pm, that a group of men numbering about seven who were suspected to be armed robbers were sighted in a hideout at Ajeonibode area of Mowe, where they were perfecting plans on when and how to attack their targeted victims.

Upon the information, the DPO Mowe division, CSP Saminu Akintunde, quickly mobilized his men and stormed the scene. On sighting the policemen, the hoodlums took to flight, but with the assistance of members of the community, three amongst them were apprehended while others escaped.

Recovered from them are: one locally made short gun loaded with two live cartridges, two jackknives and criminal charms.

Meanwhile, the Commissioner of Police CP Lanre Bankole has ordered the immediate transfer of the suspects to state criminal investigation and intelligence department for discreet investigation. He also directed a massive manhunt for the fleeing members of the gang with the view to bring them to justice within the shortest possible period.