Okowa Is A Miracle Working Gov, Says Delta Speaker | Nothing Will Stop His Re-Election In 2019 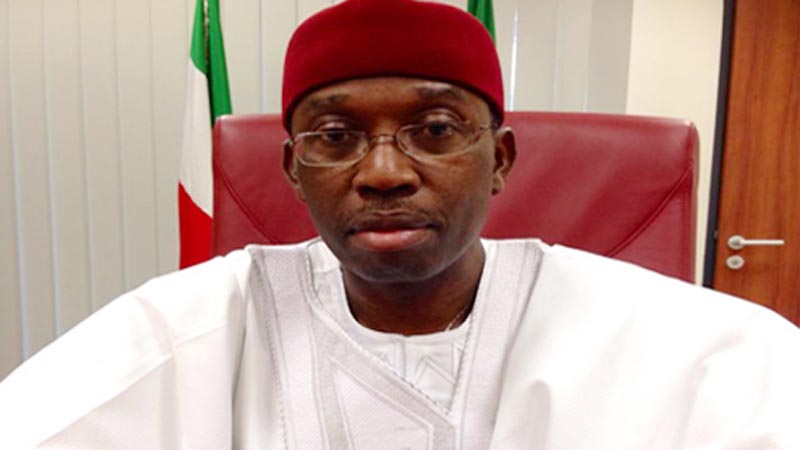 The Speaker, Delta State House of Assembly, Rt. Hon Monday Igbuya on Sunday during a thanksgiving service at Asaba, the state capital, reaffirmed his positions on the future of the state.

“The Peoples Democratic Party (PDP) is fully planted everywhere in Delta State. Nothing will threaten Okowa’s re-election in 2019. We will stand by him” he assured.

Igbuya who spoke on governorship location in 2019, tenure and other matters at the first anniversary thanksgiving service of the Sixth Assembly released praises and accolades on Governor Ifeanyi Okowa.

“By the legislative rule, Governor Ifeanyi Okowa is the 30th member of the Delta State House of Assembly. He is a miracle working governor. Delta State should count itself as blessed for producing somebody like Okowa. He has performed well under an unfriendly economic situation and will continue to do his good work for the state” he said.

The Speaker commended Okowa for his fatherly support and regular payment of salaries to the workers.

“We will continue to support Governor Okowa and all his programmes aimed at enhancing the wellbeing of people of the state”.

Focusing on stability, unity and economic reforms, Igbuya said, “it is the interest of Delta State for Okowa to continue in office beyond May 2019”

He urged Deltans at home and abroad to continue to pray for the governor.

“It is not easy leading 28 brains.  Let us continue to work in unity”