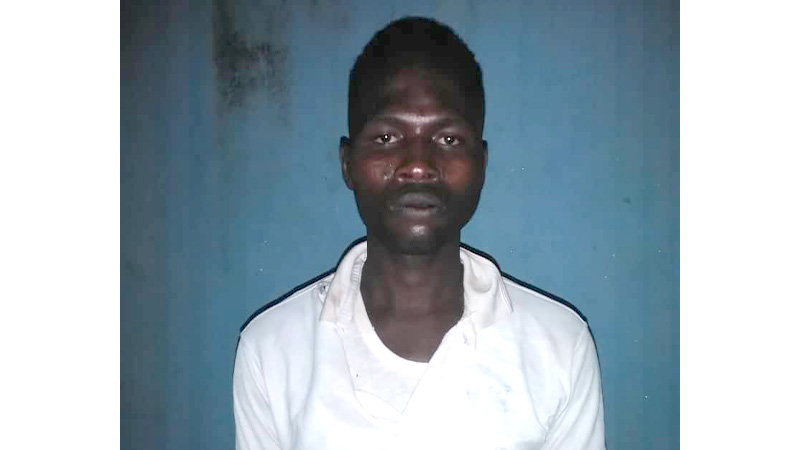 Many fake prophets are springing up everywhere, and prophet Joseph Ogundeji may be described as one of them as a result of his alleged lust for female kids

Ogundeji, 30 years old prophet of Cherubim and Seraphim church Ajuwon, Ogun State, has been arrested by men of Ogun State Police Command for allegedly defiling two underage sisters who are members of his church.

The SUPREME learnt that, the suspect was arrested last Friday 11th of November 2022, following a complain lodged at Ajuwon divisional headquarters by the father of the two underage girls. He was said to have reported that he discovered that his 16-year-old daughter is pregnant, and when he inquired to know who is responsible for the pregnancy, it was discovered that the prophet is the one who impregnated her.

Upon the report, the DPO Ajuwon division, SP Andrew Akinseye detailed his detectives to effect the arrest of the randy prophet.

Police source said, “on interrogation, the prophet admitted that he actually committed the crime.
In the course of the investigation, it was discovered that the said prophet did not only had carnal knowledge of the 16 years old girl but her 13 years old younger sister too was defiled by the same prophet.”.

The two victims, the source added, informed the police that whenever they have vigil in the church, the prophet who lives very close to the church will asked them to go and stay in his house after the vigil which always comes to an end around 3 am. They stated further that anytime they stayed in the prophet’s house, he used to give them something to lick, and after licking it, they will sleep off only to wake up and discover that the prophet had had sex with them.

When asked why they didn’t inform their parents, the victims informed the police that the suspect threatened to kill anyone of them that let the cat out of the bag.

Meanwhile, the Commissioner of Police, CP Lanre Bankole, has directed that the suspect be transferred to the anti-human trafficking and child labour unit of the state Criminal Investigation Departments for further investigation and possible prosecution.

The spokesman of the command, SP Abimbola Oyeyemi confirmed the story.