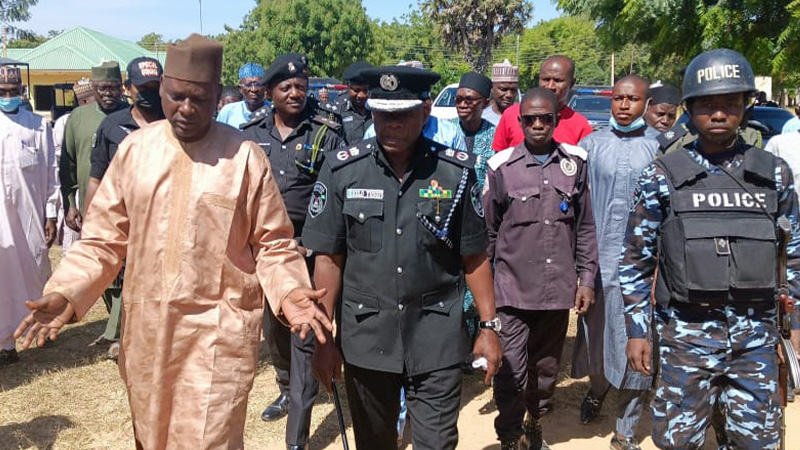 In continuation of confidence building patrol embarked upon by the Commissioner of Police Zamfara State Command CP Kolo Yusuf today led Police Tactical Team and patrolled the entire 63 Kilometer Gusau – Kaura Namoda road to reassure the public of their security and safety.

In the course of the patrol, the Commissioner of Police visited Federal Polytechnic Kaura Namoda for a security assessment of the institution with a view to strengthening the security architecture of the school in line with the Safe School Initiative of the Inspector General of Police, Federal Republic of Nigeria, IGP Usman Alkali Baba

While in the School, the Commissioner of Police was received by the Rector of the Polytechnic and other management staff, and later went around the school for security assessment and enhancement.

While interacting with the school management, he urged them to be security conscious and report suspicious movements to the Police or other security agencies, assuring the Police continuous commitment to protecting lives and property of students and staff.

In his remark, the Rector of the Polytechnic commended the Commissioner of Police and described the visit as timely as it will go a long way in building the confidence of students and staff. He promised to collaborate with the Police and other security agencies to ensure the safety of the school.

The spokesman of the command SP Mohammed Shehu confirmed the story to The SUPREME today November 15, 2022.