The Quality Of Football Hasn’t Been Great Thus Far 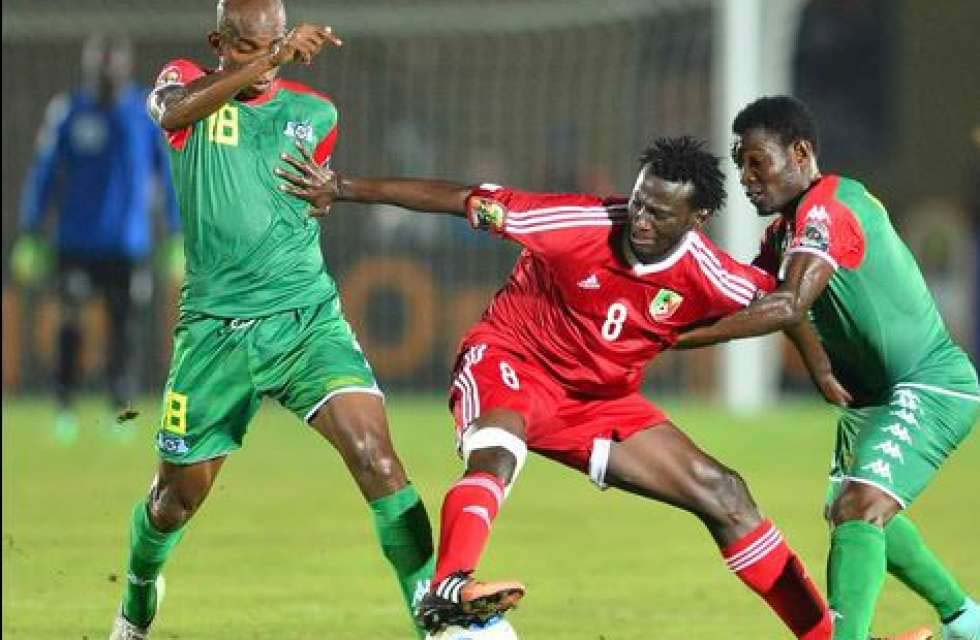 It is easy for some of us who are proudly African and who were brought up on Afcon tournaments down the years to be somewhat stubborn or even one eyed in our assessment of the standards of the 2015 edition.

After watching the first set of matches  you may be very excited at the prospect of a great tournament, but after ALL the group matches you have to say you have been disappointed by the overall quality of the football on display. It has been mostly average at best.

There can be many genuine reasons why the standard of this tournament is not that high.

One of the factors is that African football find it difficult to attract high-quality coaches from across the world so many of the countries end up with journeymen Europeans who are out of work in their home countries.

Herve Renard is one example. After winning the trophy in 2012 with Zambia, he chanced his arm with Sochaux in the French league and only succeeded in getting the sack and helping the club get relegated.

As a result, the coaches barely have time to work with the players, which makes moulding them into cohesive units before the tournament starts a very difficult task. If this tournament was held say in June or July, teams will have nearly a month together before the competition starts and I believe we will see better quality football.

Almost all the teams play the same system or tactics — 4-3-3 with wide forwards so far flung apart that when teams attack there is usually no one in the box when crosses come in.

The possible exception has been Ghana who have managed to always start with the younger Ayew alongside the skipper Asamoah Gyan.

After their opening game, Ivory Coast have also been starting matches with Wilfried Bony and Seydou Doumbia. Others have just had one target man and wide forwards in the main. This made for many boring and cagey matches.

Another obvious flaw of most of the teams is how wide the play is for the man on the ball. There seems to have been no or little coaching on how players have to play closer together and tighter as they move up the field. As a result, a lot of long balls into spaces end up being wasted.

One of the things that made African footballers different from Europeans used to be the ability of players to dribble and show extravagant skills that are sometimes breath-taking.

South Africa’s young players bucked the trend a bit, especially the twinkling toes of Thuso Phala and the direct running of Tokelo Rantie, but unfortunately their inexperience and the appalling lack of tactics by their technical crew cost them in the end as they were bundled out. That and their awful finishing in great positions to be fair.

The sending-off of Gervinho in Ivory Coast’s first game also denied the competition of another good runner with the ball.

It was very appropriate that Cameroon have finished bottom of their group because they have probably been the worst team in the entire tournament.

From back to front they have been shambolic and these players that wore the colours in this tournament, bar the young goalkeeper Fabrice Ondoa and possibly the Schalke 04 player Choupo-Moting, have been unworthy of their predecessors that frightened the continent for at least two decades.

But to be fair, they have been poor for a long time now and have missed the previous two tournaments.

As strange as it might seem, perhaps this will be the year Ivory Coast go on to win the tournament. I say strange because they haven’t started like a house on fire and haven’t looked that dominant.

The return of Gervinho will help add some dynamism and unpredictability to their attacking play and also enliven the tournament as a whole.

Algeria recovered very well from their late, late defeat to Ghana to brush aside Senegal and take their place in the quarterfinals.

The 2010 meeting between Ivory Coast and Algeria is still one of the outstanding matches of Afcon history – a proper humdinger that ended with the North Africans seeing off the then favourites from West Africa.

This tournament the Algerians are the favourites – at least at the start of the tournament they were – and they have to rise up to meet the challenge.

With Nabil Bentaleb running the midfield – and even scoring – Riyad Mahrez also continuing his Leicester City of England form and the effervescent Sofiane Ferghouni on his game Algeria will fancy their chances.

One of my favourite African players in Europe is Ghana’s Andre “Dedey” Ayew. Apart from his very obvious talent the lad is brave and tactically very astute – a coach’s dream.

It was his bravery that showed as he threw himself at the cross from Baba to head home the winning goal against South Africa as the Black Stars came from a goal behind to win 2-1.

The last time Ghana won this tournament was in 1982 when Andre’s father Abedi was only a teenager; they seem to have a crop that should go all the way. Avram Grant in his understated way seems to be going about his work quietly and even effectively.

One man who should be mentioned on a happy note is John Boye, who scored Ghana’s equaliser against South Africa. This young man has been the subject of so much vilification because of a photograph that seems to show him kissing his pack of money at the last World Cup in Brazil.

As the quarterfinals start we are hoping for better football and better play all-round. It could be recalled that the last time around, eventual champions Nigeria were poor in the first round, but in the knockout stages they kicked on and won the tournament without extra time or penalties. I am hoping that none of the knockout matches go to penalties.

The talented players are there, they have spent more time together now so the good football should flow.