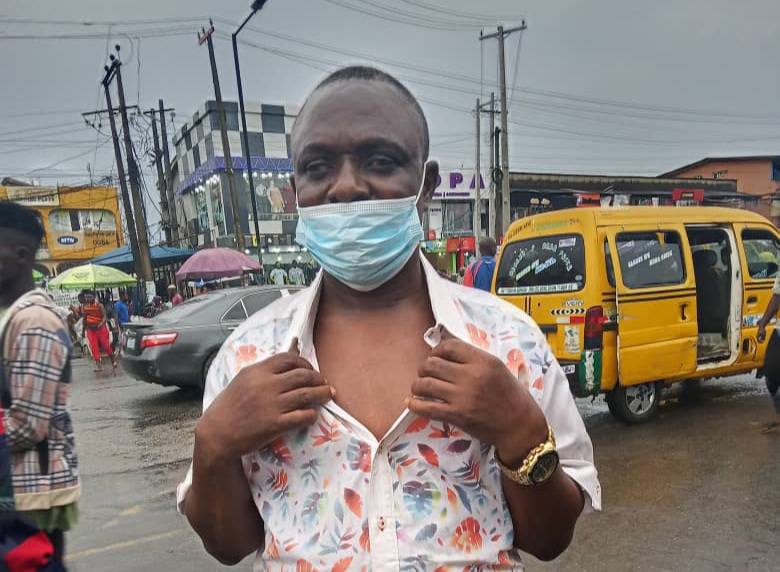 At about 11.35am the editor was at Ogba bus stop when the chairman in a black truck with tinted glasses and two other cars following, drove one way from Ogba bus stop entering Mokuolu street Three traffic police officers in uniform (two are ASPs) from Area G Police Command, stopped the truck carrying the chairman and directed the driver to go back and take proper turning. But the driver refused. Apparently the chairman would have ordered him not to mind the police .The police officers insisted not to allow the vehicle and the two others to take one way.

At that point a scene was created and people gathered to know who was taking laws into his hand and will not obey the police.

One of the police officers went to the door to find out who the important person was. Unfortunately the arrogant chairman refused to wind down and introduce himself. Suddenly a police Inspector came down, saluted the superior officers and introduced the occupant in the truck as Ojodu LG Chairman.

The officers allowed him to pass. Surprisingly he drove forward a bit, stopped and came back with his thugs to justify his action, and told the police that he was on an emergency The officers then told him to ought to have initially introduce himself to avoid curious crowd. At that point, the editor and some passersby supported the police and told him that he is suppose to show good example by his status. Just then he asked the editor furiiusly “who are you to challenge me?” The editor replied: “l am a journalist.” And he retorted: “you are a stupid journalist.” And two men line his political thugs came and seized the editor’s shirt against his neck, another came and slapped him on his neck, while shouting “stupid journalist, useless journalist, who cares if you are a journalist is local government chairman your mate?,” Without asking for his identification card, third person came attempted to seize hi phone which he wanted to video the scene He threatened to order their thugs to beat him up.

Due to seizure of his shirt against his neck and the slap, his efforts to free himself his neck was twisted his left hand that he had been treating of pains became severe. He had to go to Blue Cross hospital Ogba where he was treated.

He has reported the assault at Area G Police Command counter, but he was advised to put his complain in writing , so as to invite the chairman.