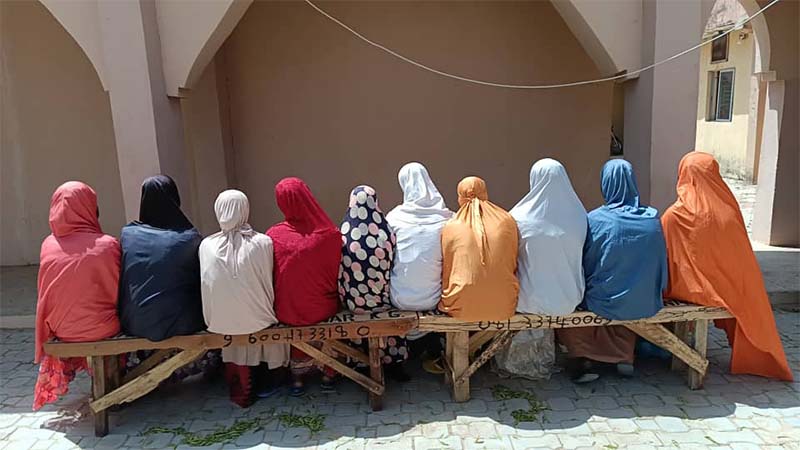 As CP commends Anka Sole Administrator for support and Partnership during the Rescue Operation.

The Zamfara State Police Command has succeeded in the rescue of ten (10) women and a one-year-old baby.

The state Commissioner of Police CP Kolo Yusuf was said to have ordered extensive/successful search and rescue operations at Gando forest in Bukkuyum Local Government Area LGA of the state.

Spokesman of SP Mohammed Shehu who confirmed the story to The SUPREME on Friday 21-10-22 evening, said, on Monday 17th October 2022, a group of bandits invaded Manye village in Anka LGA and abducted ten women and one-year-old child to Gando forest in Bukkuyum LGA of the state. Mohammed said they spent three days in captivity.

According to him, on receiving the report, the Commissioner of Police deployed additional Police Tactical operatives to reinforce DPO of Anka and vigilante in their rescue operation, a task that was successfully accomplished with the full support of stakeholders, especially, the Sole Administrator of Anka LGA.

He disclosed that all l the rescued victims were taken to a hospital for a medical check, debriefed by Police detectives, and handed over to their families.

The Commissioner of Police while commending the sole Administrator, Anka LGA for his full support and partnership during the rescue operation, congratulated the victims for regaining their freedom, and assures that, all the perpetrators will be apprehended and charged to court for prosecution.