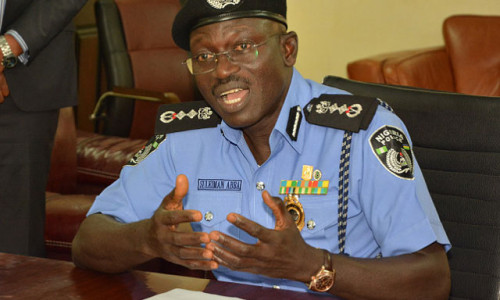 The Inspector-General of Police, (IGP) Suleiman Abba has charged Nigerian youths against being used as political thugs by politicians, stating that the youths are leaders of tomorrow hence should distance themselves from all acts capable of impacting negatively on their personality and that of the country.
In a statement signed by Ag CP Emmanuel Ojukwu and made available to newsmen, the IGP who made the remarks while receiving the executive of Arewa Youth Forum (AYF) led by its National President, Mr. Gambo I. Gujungu, who came on a courtesy call on the IGP at the Force Headquarters, Abuja, said the growth of any country depends largely on the contributions of its youths.
The AYF National President, on his part, expressed determination of its members to work towards violence-free general elections. The AYF thereafter decorated the IGP with the “Exemplary Leadership Award”.
The IGP further charged the executive to sensitize other youths in the country on the need to fully participate in community policing activities in their areas, assuring of his support for every peace initiative on national development they may embark on, just as he reiterated that the strategies put in place by the Police to ensure violence-free general elections in February 2015 were being implemented.