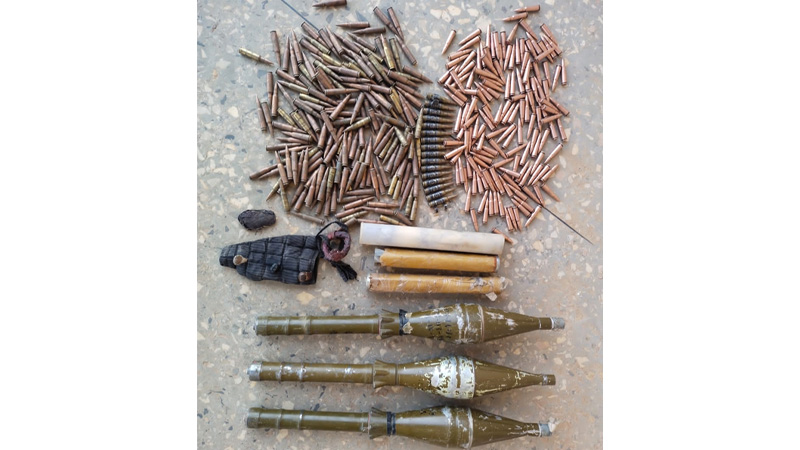 Zamfara State Police command made a breakthrough yesterday Saturday 7th January 2023, when its Tactical Operatives successfully neutralised two gun runners along Gunmi-Anka Road following an extensive gun duel that lasted for hours between the Police and the gun runners.

The SUPREME learnt that, the arms suppliers were conveying sophisticated arms and ammunition to terrorists camp in Zamfara coming from Taraba State.

The feat was said to have been recorded following an Intelligence Information received about the movement of the suspects inside a Toyota Corolla Vehicle containing the above mentioned exhibits from Taraba State en- route terrorists camp in Zamfara State.

Two of the suspects were fatally injured while others escaped to the bush with possible gun shot wounds. Injured suspects were taken to Yariman Bakura Specialist Hospital Gusau, and later confirmed dead by the Doctor while on admission.
Spokesman of the police command, SP Mohammed Shehu who confirmed the story today 8/01/23 disclosed that, a search by the operatives led to the recovery of the above mentioned exhibits, while additional Joint/Vigilant operatives were deployed to the location for rigorous confidence building patrol aimed at apprehending the fleeing suspects

The Commissioner of Police CP Kolo Yusuf has, assures of Police continuous commitment to rid the state of terrorist and other criminal activities for safety, security and peace of Zamfara State.