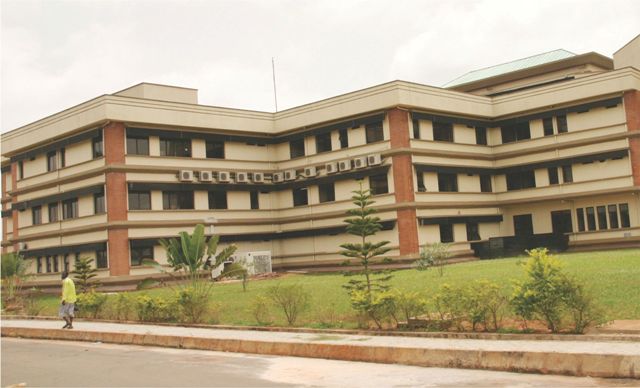 Revolutionary Strides In Education Education is the bedrock of development in any society. Realizing this maxim, Governor Uduaghan, upon assumption of accorded education priority in the state. One policy thrust of the Uduaghan administration was his passionate approach to teaching and learning at all levels. This was demonstrated  through aggressive renovation, rehabilitation and construction of school buildings, as well as provision of classroom furniture for staff, students and pupils, so as to promote teaching and learning.

To further underscore his priority in the education sector, the Governor appointed two Commissioners of Education thereby making Delta one of the few states with two Commissioners to head a ministry. Ministry Of Basic And Secondary Education This ministry is headed by Professor Patrick Muoboghare. The Ministry is charged with the responsibility of formulating and implementing educational policies and programmes, as well as overseeing the general administration of the school system in line with the National Policy on Education and in accordance with the goals and needs of the State.

On the other hand, the Ministry of Higher education has Hope Eghagha, a Professor of English. These two Commissioners are known seasoned scholars in their respective fields.

From upland to the riverine communities, decrepit school buildings have given way to state-of-the-art model primary and secondary schools. Even impassible terrains like in Burutu, Abigborodo, Bomadi and others now have a sense of belonging with two-storey building model secondary schools and remodeled primary schools adorning the rural landscape.

At the Delta State Polytechnic, Ogwashi-Uku for instance, the facilities provided for the students aptly demonstrated this seriousness of producing graduates who would be employers of labour rather than seeking employment. What is on ground at the Machine/Fitting Shop in the Mechanical Engineering Department, Strength of Materials and Mechatronics Laboratory, Welding Workshop, and the Department of Fine and Applied Arts, among others, underscored the primary aim of the school which Edna Mogekwu, the Rector, said was to produce skilled labour.

According to her, “We don’t train them to come out and begin to search for jobs; we train them to be seriously skilled”. The state-owned multi-campus university, Delta State University, (DELSU), is also witnessing unprecedented transformation with massive development going on simultaneously at the three campuses – Abraka, the main campus, Oleh campus in Isoko South local government and Anwai, in Asaba.

Professor Eric Arubayi, Vice-Chancellor, (VC) of the University said this had been made possible because the government allows the retention of school fees for the development of infrastructure. This is unlike in many state-owned universities where school fees are paid into government coffers as internally generated revenue.

That Uduaghan has made revolutionary strides in delivering quality education to Deltans is not in doubt. Always ahead of his counterparts especially in the Southsouth region, the governor scored another first, when September on 16, 2013, he inaugurated Delta Education Marshalls, (DEM) popularly known as Edu Marshal Programme at the GRA Model Primary School, Asaba, the state capital.

N5m Award To First Class Holders The Uduaghan administration also blazed the trail in its First Class Scholarship Scheme under which indigenes of the state, paternally or maternally, who make first class in any university either at home or abroad, are offered an annual N5 million scholarship to study for higher degrees up to PhD anywhere in the world. Not only this, governor Uduaghan also initiated a policy which ensured that missionary schools were returned to their original owners.

Under this policy, 40 missionary schools have been returned to their owners and in their places, the government has built parallel schools. From 2007 when he took mantle of leadership in the state, the Uduaghan administration has faithfully paid the fees of all students sitting for the Secondary School final examinations. It is a policy he underpinned by the observation that some students even after going through the free school programme, are unable to pay the fees demanded to sit for the National Examination Council ( NECO), and the West African Examinations Council (WASC ) exams. For Uduaghan, the need for good education cannot be over-emphasized. His humble background as a village boy bears testimony to this.

His words: “I grew up in a rural community where there was no road to the place; you could only get there by boat. There was no electricity, no pipeborne water. In fact, it was more rural than what you saw. But there was something there – there was a primary school… and every adult in the community ensured that the young ones went to school. And today, I can safely say that from that little village, we have a lot of persons who have achieved success. At least that little village has produced two governors and people that are well placed. So, education, for me, is very important.”